So, what came first?

Well in this case it would definitely be the egg as the chicken would be rather half – cut and not much good for anything. 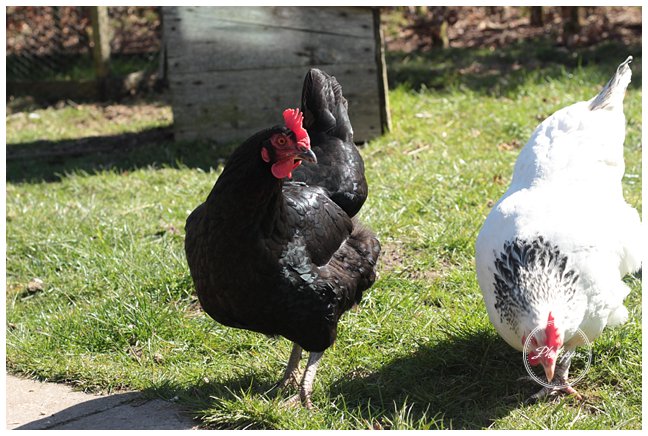 (This bird is also called Philippa, though she has her wings clipped).

I must say I have had a rather informative week, perhaps due to the learned Harvard air that spreads its way through the Boston area. 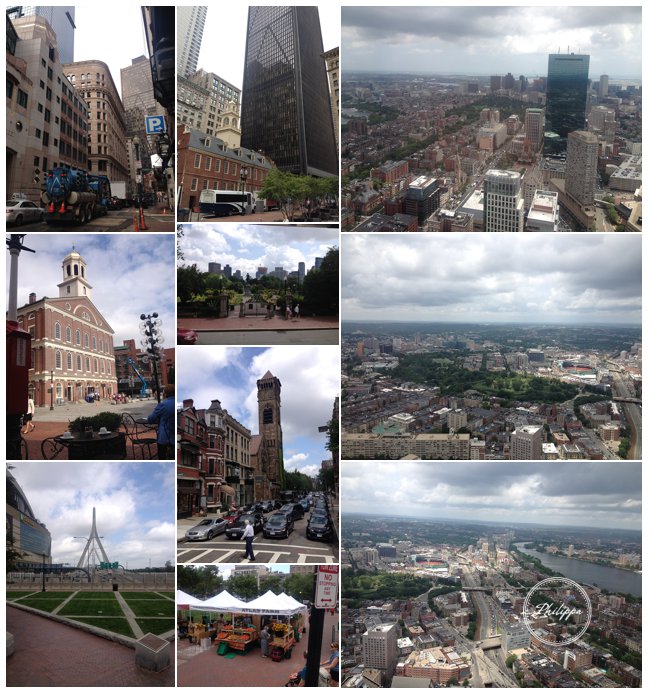 Firstly Hydrangeas  – those big blousy blue/pink / white flowers, that seem to flourish here on the East Coast and make seriously impressive flower displays.  They are however prone to wilting if you don’t treat them correctly.  Here is what I learnt to help make them last: 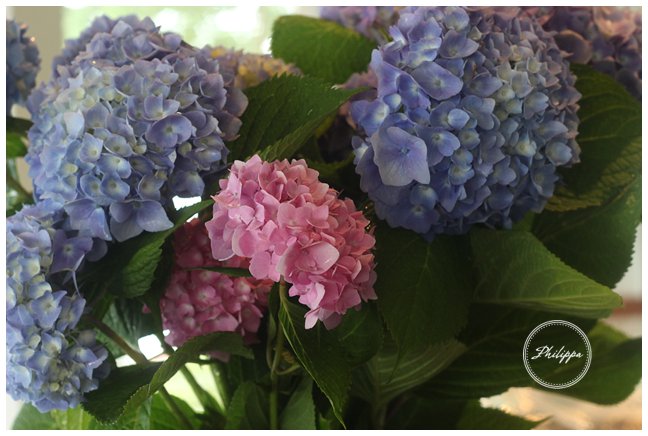 Cut the fresh flowers and place the stems immediately into water – take a water filled vase (doesn’t have to be your Ming one) or bucket into the garden with you.

Cut to the length you want for your vase display.

Immerse the bottom of the stems in 3 inches of just boiled water for 30 secs then place in display vase half filled with room temperature water.

This really does work and as I heard quoted by one guest  “makes them look like they are on steroids! “.

My second revelation is about eggs. 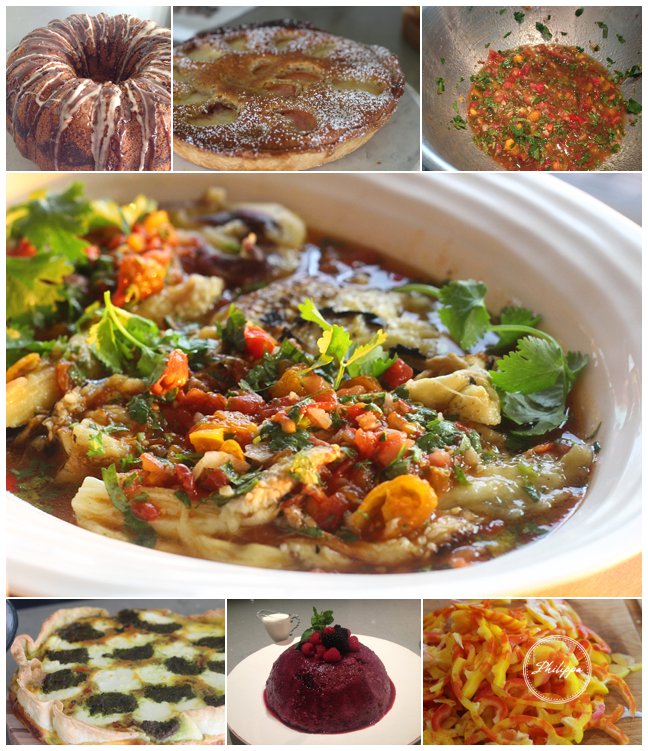 The centre picture is of grilled eggplant with smoked tomato, chilli, sherry vinegar, anchovy and coriander dressing  – my new favourite side.

We have many major differences from the North Americans: they say To-may-to, we say Tomato, we order oysters and they order ‘ersters’, they keep their eggs in the fridge and we… well don’t.

This is because we have different ways of dealing with Salmonella, the bacteria that can cause food poising.  Salmonella can occur inside and outside the egg.  Back in the UK we mostly vaccinate the chickens against it so anything stamped with a red lion should not have it.  We also have now banned battery farming so the eggs are generally laid in a cleaner environment and are at less risk from contamination. 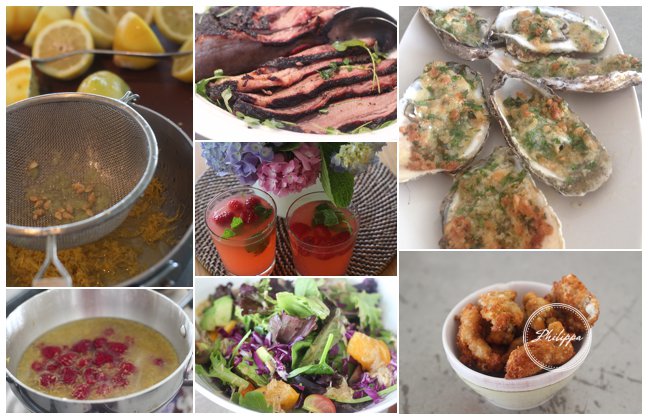 In the States they do not vaccinate against Salmonella and all eggs are washed before being packed and sold.  Washing the egg unfortunately removes the natural protective coating, which helps keep oxygen and water levels steady inside and helps keep bacteria out.  Having removed this layer they need to keep the eggs in the fridge to help slow down the growth of any harmful bacteria.  Some suppliers do try and recoat them with a layer of oil and a spritz of chlorine but it is generally thought that they should be kept cold.

High horse bit  – None of this should cause alarm but it should be a huge reminder about the importance of buying well  – knowing where your food comes from and the importance of knowing what processes it goes through before reaching your table.  What you should be worried about is Molasses. 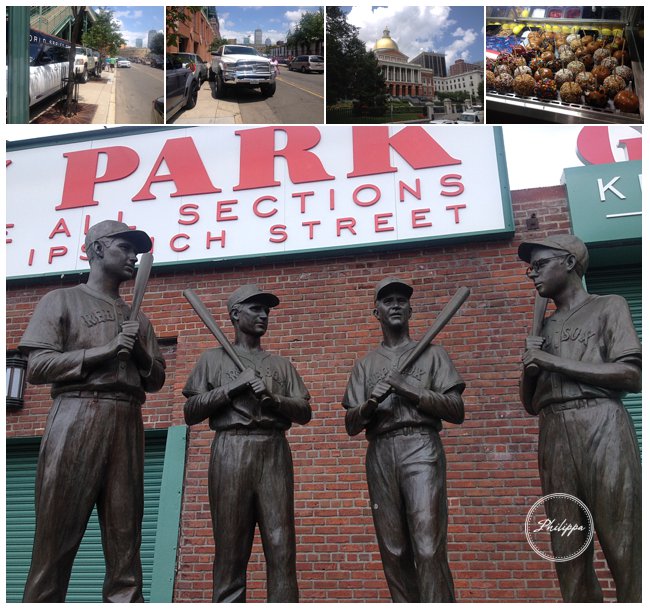 Well that’s if you were a Bostoanian dweller back in January 1919 when a huge tank holding 2.3 million gallons of it burst.  Waves of the liquid as high as 7.6 meters swept through Boston’s North End ,  21 people came to a sticky end and 150 were injured as well as it knocking down houses and causing serious damage to the railroad.  It was, as you can imagine, a rather awkward mess to clean up as volunteers and workers couldn’t help but spread the molasses over the city on their shoes, hands and clothes as they tried to clean it up.

Finally this week, having spent much time cooking outside I found out tomatoes and avocadoes work really well and are totally delicious when BBQ’ed .

Every home should have: lobster traps

If you are going to slow cook or smoke chicken you need to brine it first to help keep it moist.  I had read from others that although they had achieved good results from making ‘beer can chicken’ there were many comments that  they  couldn’t taste the beer.    So I thought , as I was going down the boozy route  I would slosh some beer into the brine too.  It totally worked.

I served my chicken with flat breads and a grilled avocado salad with a coriander and chilli salsa., totally delicious, especially served with some chilled local Ipswich Pale Ale. 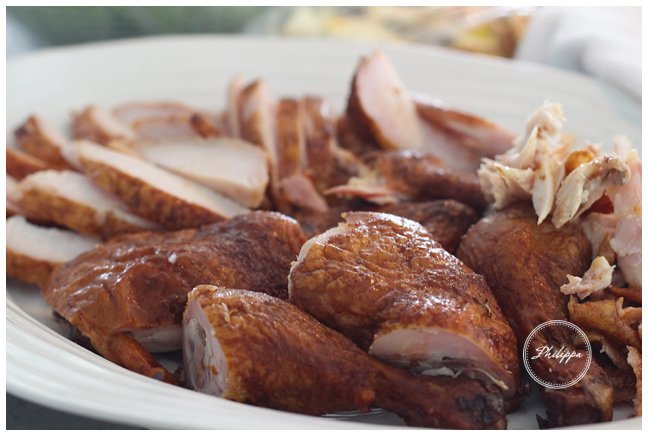 A BBQ with a lid or a smoker 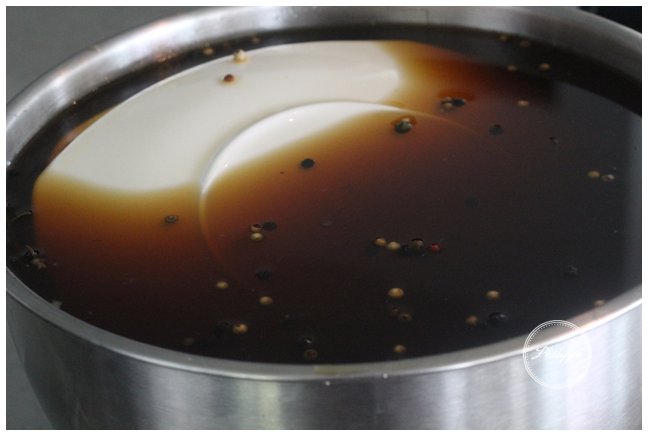 Bring the water to the boil in a large pan, once boiled take off the heat and add the rest of the brine  ingredients (apart from the second can of beer). Stir until the salt and sugar dissolved then add the beer.

Leave to cool then immerse the chicken in the brine.

Place in the fridge for 7   – 15 hours ( no more or the chicken becomes slightly too salty).

Open a can of beer ( I used a tin opener and carefully removed the lid), drink half then place the can on a rack above the heat.  (If using the BBQ place the can on the other side to the coals )

Sit the chicken on top of the beer can (try not to laugh) and close the lid. 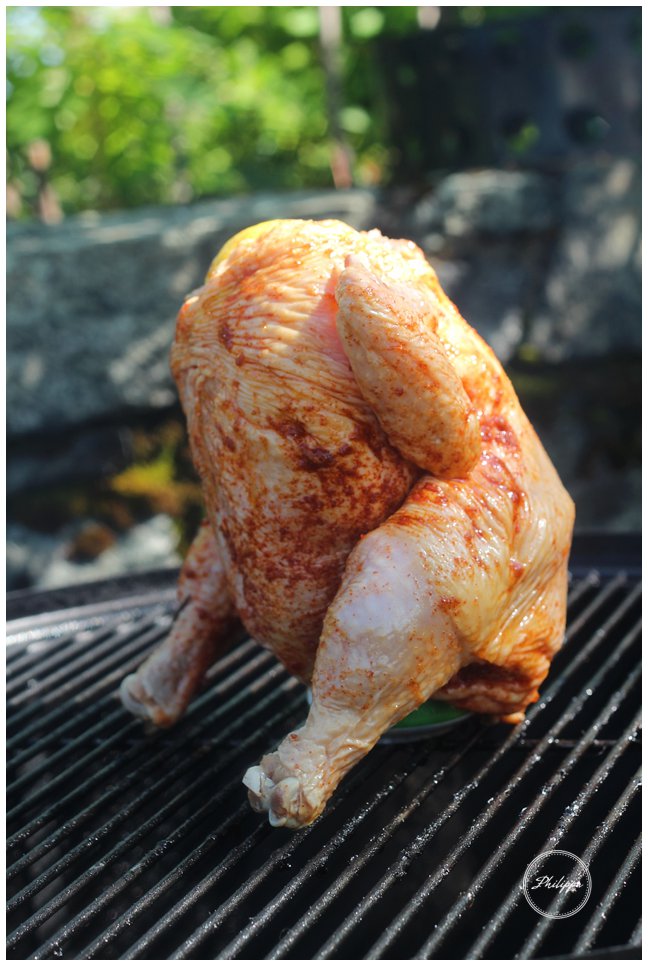 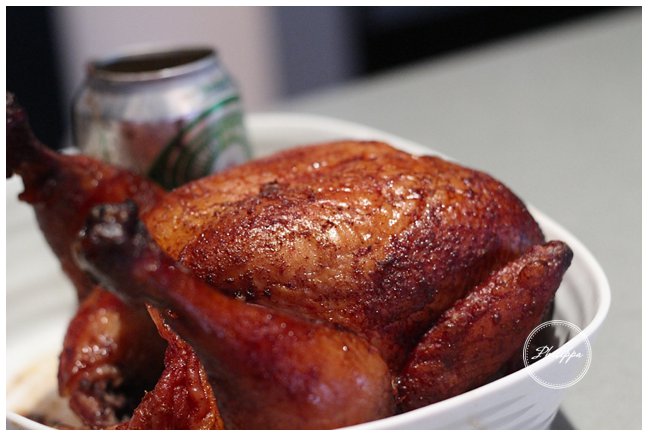 Washington DC, so lobsters you can sleep safe…for a few days.