Go Back
Postcard 13, a tricky treat for Halloween

For my Halloween special I thought you might like some sweet treats that are fun to bake with the family,cup cakes that look like mummies and that have scary faces on them. 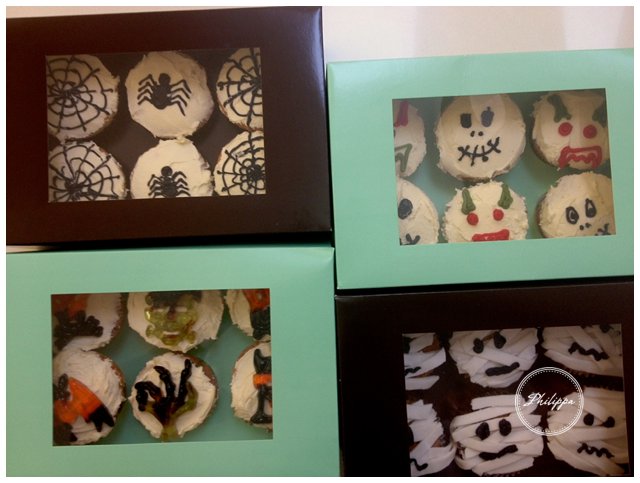 How about something that used up all that scooped out pumpkin, like pumpkin pie or pumpkin gnocchi with nut sage butter?  I am yawning myself.

Which is why I decided, what I really wanted to share with you this cold and dark Halloween (I am in Scotland so the chances are high of it being really cold and dark and possibly wet too) is the secret behind this rich…  Chocolate Truffle Mixture. 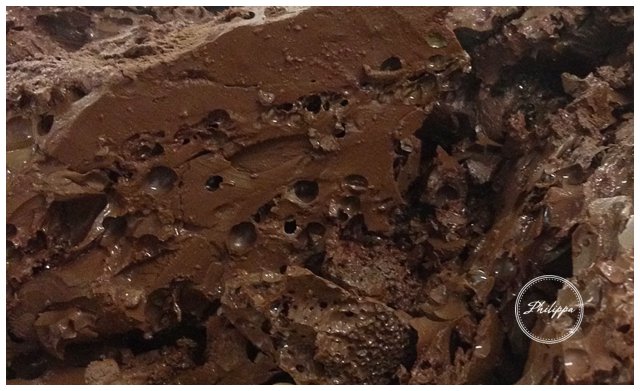 That is actually a bucket of cooked blood that was about to be made into delicious Black Pudding.

On my last few jobs, cooked breakfasts have been required, some asking for everything you could ever hope to find on you plate in the morning, others requesting a more bespoke twist – Lightly scrambled garden eggs, streaky bacon and avocado or Black pudding, fried duck egg, granary toast and apple jam – a plate I would very happily start my day with. 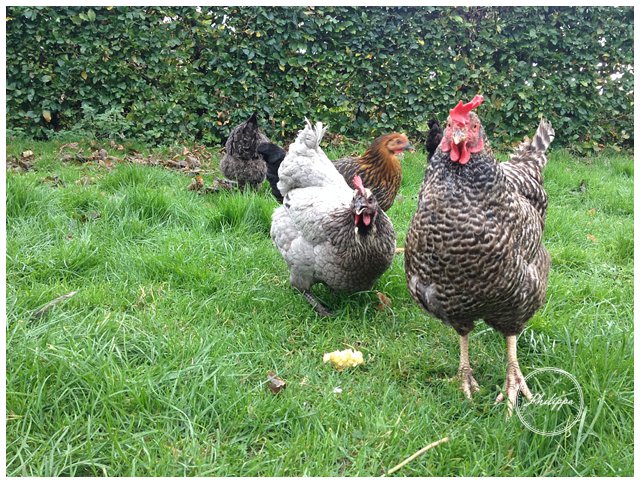 Having long been a great admirer of black pudding and it’s Spanish spicier cousin morcilla, I thought it would be fun to go and watch it being made.  Most importantly I think it is delicious but I also have the approach that if the animal is going to be killed and eaten then we should use as much of it as possible, including the blood. 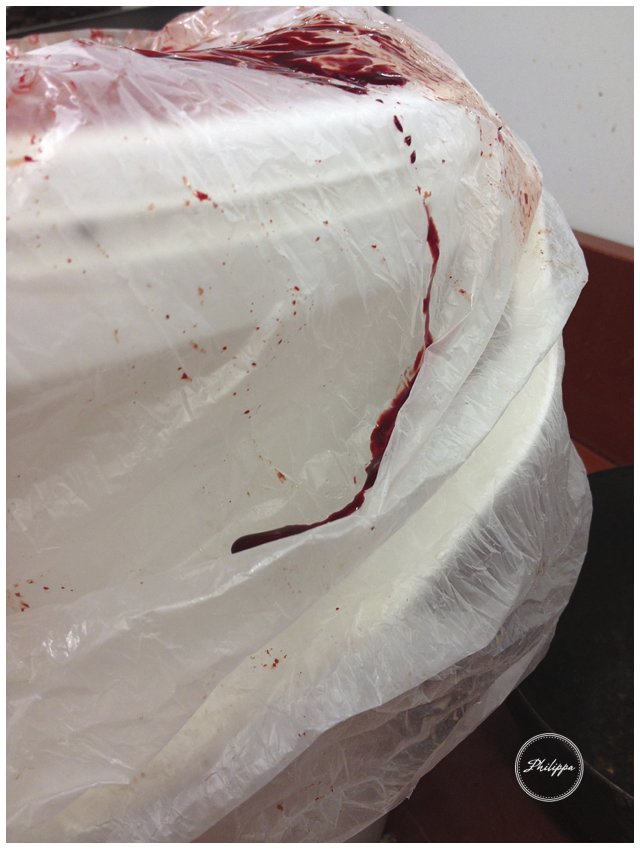 My first job in London was at Lidgate butchers in Holland Park, so I am well versed in butcher banter and so happily trotted off to  William Ovens in Lanarkshire, a local butcher to the good folk of Biggar and whose haggis is so good private jets have been charted in to collect them, but thats another story…

The two butchers Iain and Ian, presided over by the boss Mr Jimmy Bogle happily welcomed me in to witness the weekly Tuesday making of the 22 kilos of black pudding they sell every week.

Iain inquired with a glint in his eye as he came out the cold room with a big bucket of blood.

I am not at all squeamish , unless of course I am presented with a child’s nappy to change, so we pressed on.

Firstly they take beef suet, which is kidney fat, and run it through a mincer with 10 litres of cooked blood.  It looks a bit like chocolate turron ( a spanish soft nougat). 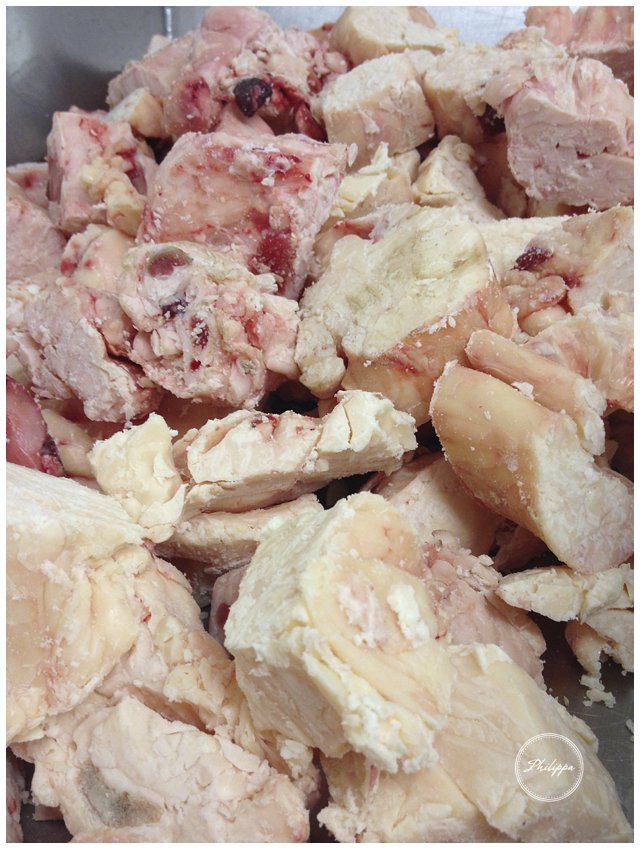 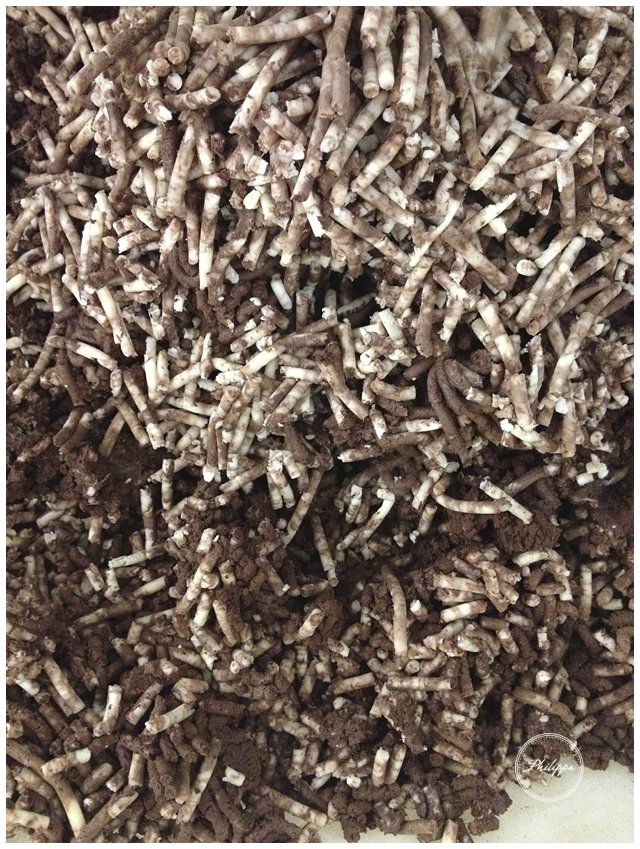 Next into the mammoth mixing bucket goes about 12 oz of fine sea salt, 7 lbs of oatmeal, and a good few handfuls of seasoning that includes cloves and cinnamon.  Its given a good mix around then a 3 litre bucket of 1 or 2 day old blood is poured in. 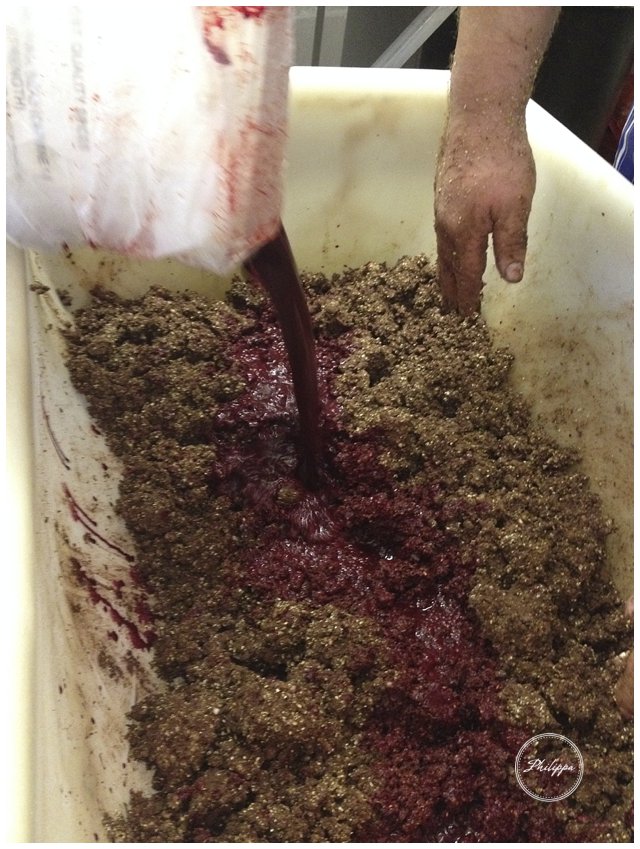 Surprisingly the blood was ox’s and not the more commonly used pig’s.  Ian or was it Iain(?) delighted in telling me it was the apprentices job in the abattoir to keep the fresh blood moving before it coagulates and to keep removing any lumps and strands that formed. The poor apprentice is practically stuck under the carcass performing this task.  At this point he looked up again to see if he could detect signs of queasiness from me. I am made of sterner stuff having grown up with animals that were reared purely for our family dinner table, one gets very practical about these things, although I have to admit I would not want to be the said apprentice, especially after a heavy night out.   Once fully stirred the mixture gets packed into the sausage machine and is pumped into the skins that have been soaked for about 1/2 hour to make them more pliable.

They are cooked in a water bath at 80 c for 2 hours before being cooled down to sell. 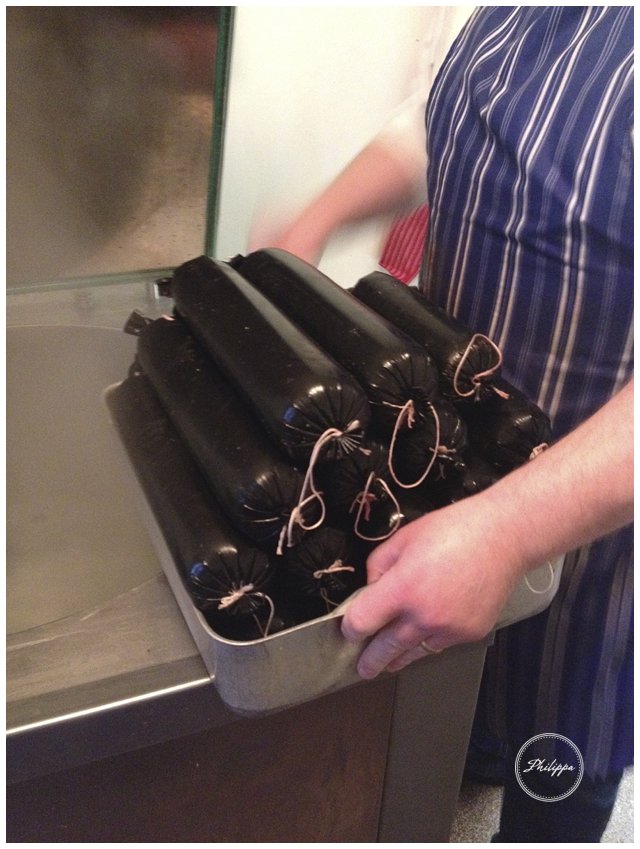 This is unlikely to be something I ever try at home unless I try and reenact the ways of “The Good Life” but it was extremely interesting to watch.  If you would like to add black pudding to your Halloween menu why not serve it fried as part of a salad with spiced buttered quince and frisee lettuce with mustard dressing or crumble it up once cooked and toss it through a hearty thick ribboned pasta with cream, parmesan, chopped watercress and egg yolks. 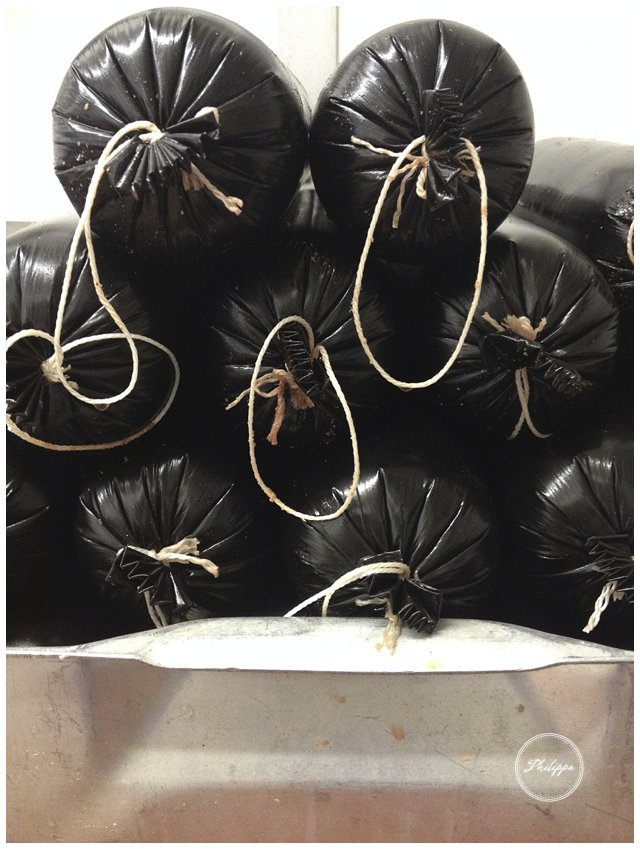 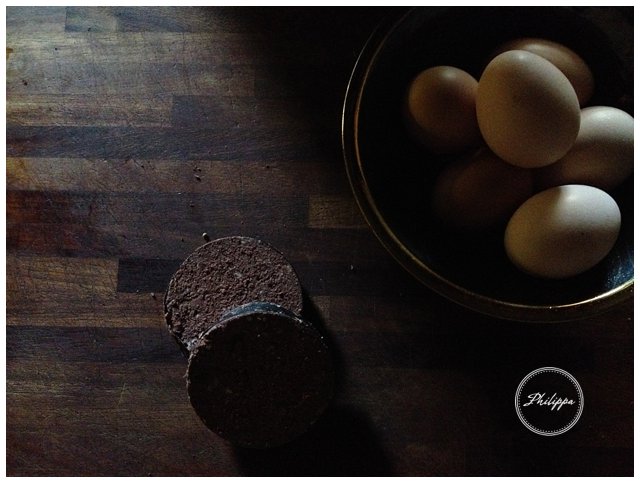 I am now off to the North Yorkshire moors for to cook for a grouse shooting party which looks set to be fun, though not for the grouse..