Go Back
Raviules with garlic, reblochon, wild mushrooms and parsley

Apple of my Pie

Navigating airports at half term can seem a bit like playing a kid’s computer game. The route from departures in one country to arrivals in another is thwarted with challenges, obstacles and tasks to test your intuition and skill. On top of that it all has to be completed within a certain time frame or its ‘game over’ or in this scenario, a missed flight.

I didn’t miss the flight from London Gatwick to Geneva for my weeks ski job (it would certainly be a postcard lacking in scenic snow shots and plates of warming food if I had) but I did feel challenged. My very early morning check-in was littered with an obscene amount of suitcases, children, ski kits and parents whose morning coffee had not quite kicked in. My trick in these circumstances is to keep my head down, find the queue with the oldest average age and make sure my caffeine levels are fully dosed. It has to be said though, when you do finally reach the snowy peaks and get your first lungfuls of chilled mountain air there is that moment of clarity and the motivation behind the turbulent journey suddenly makes perfect sense. 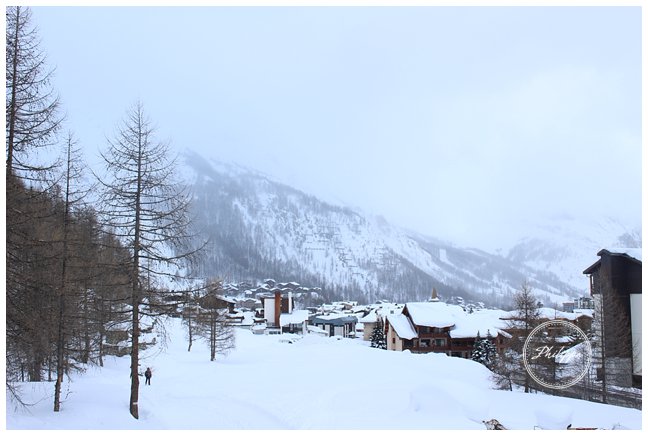 I do also have to mention on a travel note that the transfer company, generally staffed by easy going young men on gap years, this time round were impressively prompt, speedy and swift. We were unusually briskly, but politely, herded from airport to car park. As soon as the mini bus was loaded the doors slammed shut and we were speedily on our way across the border from Switzerland to France. The rep proudly announced that this was the first time in the company’s history the departure was not only on time but also ahead of schedule! My neighbour nudged me and said with a wink:

“You can thank the Six Nations rugby match being screened at base camp this afternoon for that.” 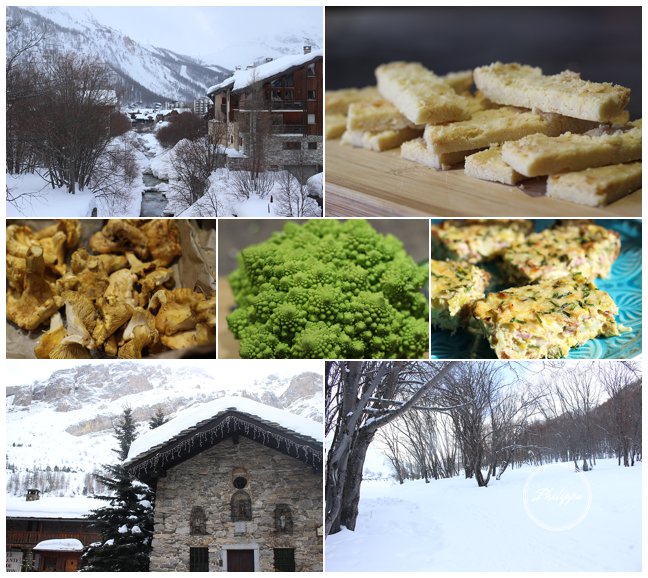 When cooking in ski chalets daily menu planing with the client is essential. You want to catch them just after their morning coffee has kicked in and before the donning of the ski gear commences, quite a ritual for those in the know.   Shopping has to be done on a daily basis as even in the big private chalets there is not a lot of storage space and the evening menu will be dictated by where the group has managed to get a booking for lunch.   Imagine the anticlimax  of spending love,  time and effort on a delicious steaming hot tartiflette or cheese soufflé only to find out they all went to that trendy famous cheese fondue Alpine restaurant for lunch. Even in the mountain there is only so much cheese a person can eat.

A few ingredients made it on to each day’s shopping list including butter, eggs, cream and …apples. The first three are obvious hearty ski-friendly food that is very much desired and needed after a day throwing oneself down a steep mountain on two  planks in freezing conditions. The last ingredient, the apple, became my private nemesis. 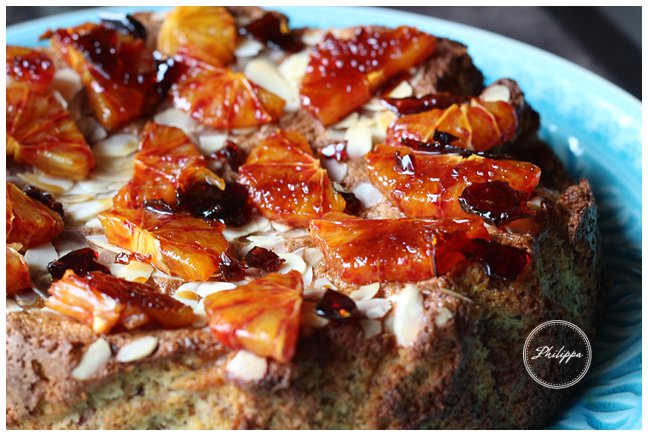 No matter what dessert I made, after every meal child no. 3 of the group, declined dessert and requested 2 peeled and chopped up apples. I made a pear tart tatin, vanilla cheesecake, chocolate tart, fruit strudel, panna cotta and  Eton mess but nothing could persuade him. Even the Apple Pie got turned down. I know you are probably thinking why would  someone who spends half their career trying to help children and families eat more healthily be trying to persuade a child to have a sugary dessert over fresh apples BUT I believe it is just unnatural for a  vanilla baked cheesecake to be trumped by two chopped up apples, although I obviously chop a top apple ;). 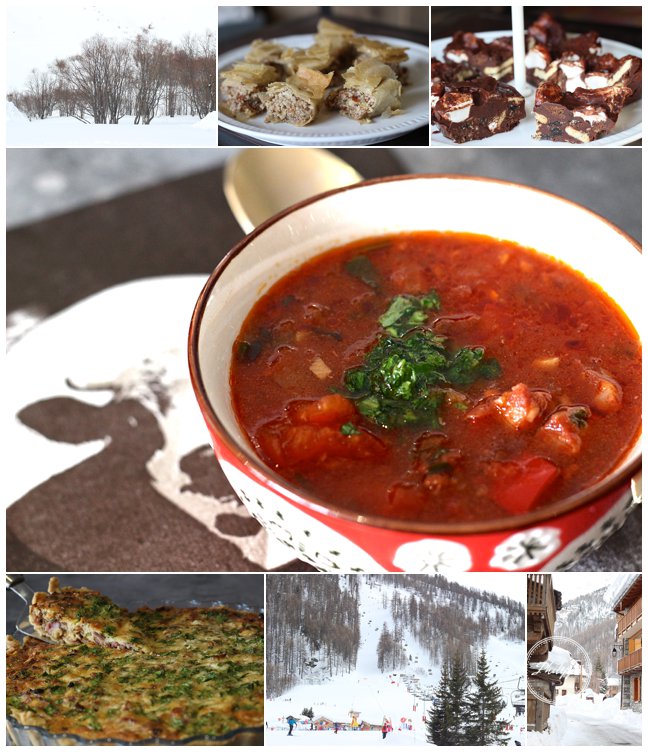 Just as I was losing all hope and feeling despondent in the dessert department the answer hit me, quite literally. I was planning to make a batch of ice cream for that night and as I opened the treat cupboard to get some chocolate to melt for sauce, down fell a bag of Malteasers. Bang and Bingo! Chocolate Malteaser ice cream – if that doesn’t tempt child 3, I give up! 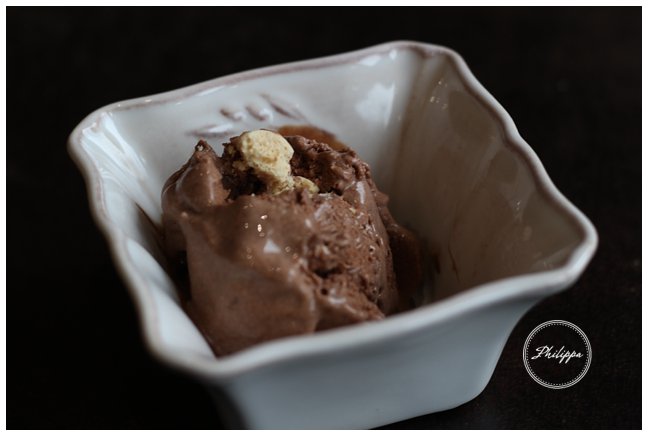 The moment of truth approached, the family had been fed a pot roasted chicken with garlic, bay and vermouth with a scrumptious  side of raviules with reblochon and wild mushrooms and it was time to offer dessert,  the chocolate Malteaser ice cream.  Would he or wouldn’t he….he would !

I would find it hard sending you all an ice cream postcard recipe from the chilly mountains as I feel you may all need warming up after these snowy scenes so for the postcard recipe this week I would like to share the cheesy laced side dish, raviules with wild mushrooms and reblouchon.

Raviules are the French equivalent of the Italian potato dumplings, gnocchi but they have the added luxury of being fried in butter ( oh how we love the French and their abundant usage of butter)! 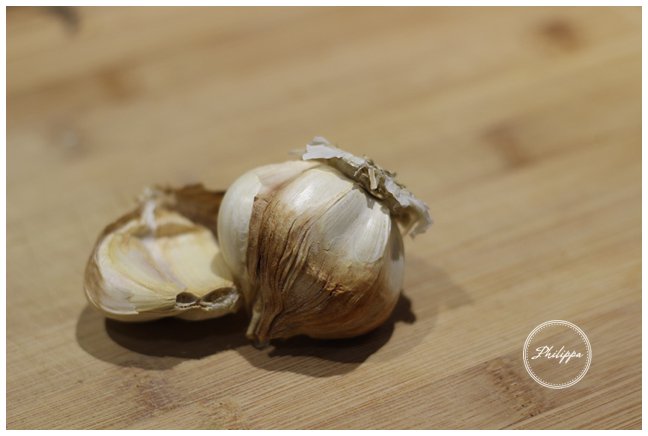 Every home should have: green tomato Jo Malone candles

Every private chef should know: Unicorn in French is La Lincone

Raviules with reblochon and wild mushrooms.

I confess the Raviules are quite fussy to make so the perfect request when you have a private chef to hand or fancy a few hours in the kitchen.

Makes enough for 4 as a lunch or 8 as a side dish. 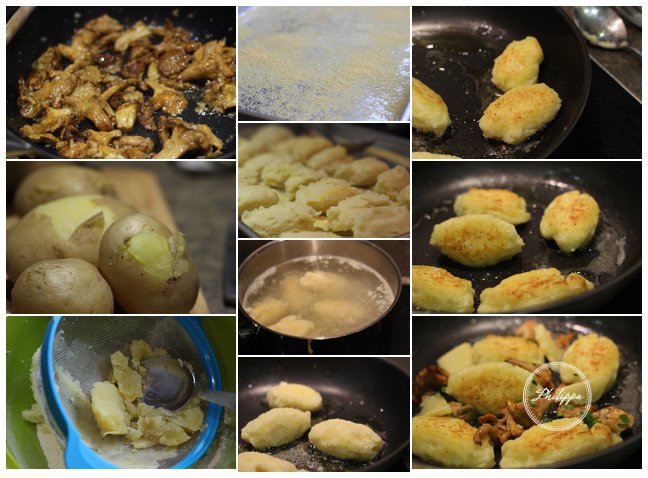 With their skins on boil the potatoes in salted water till cooked.

Drain, then whilst still hot, using a tea towel to hold them, peel and mash – this is best done through a ricer a mouli or a sieve into a large bowl.

To the potato add 2/3 of the finely chopped garlic, season with salt then stir in the eggs and the 100g flour. Knead lightly with your hand to bring together into a ball.

Bring a large pan of salted water to the boil and poach the raviules in batches – they will float to the top then leave them to cook for 10 seconds. Once cooked lay out to drain on kitchen paper. They can be made to this stage several hours in advance.

When ready to serve:

Melt 1 tbs of the butter in a large frying pan on a medium heat. When the butter starts to foam add the raviules in batches and fry on the 3 sides until golden then remove and keep warm. Repeat in batches with the rest of the 150g of butter and raviules.

When finished, using the same frying pan add the extra butter, mushrooms and the last 1/3 of garlic, fry for a couple of minutes until the mushrooms are just cooked and you can smell the garlic. Take off the heat add the reblochon and parsley, stir, then tip over the fried raviules. Serve hot.

Delicious as lunch with a crisp green salad with French dressing or as a side to roasted beef or lamb. 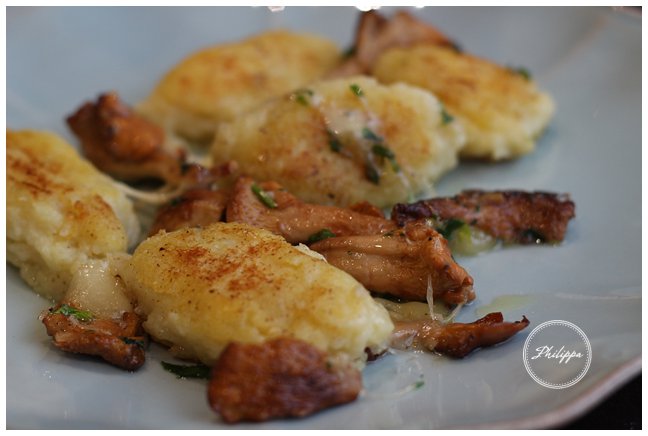 Next stop, cooking for Shabbat in London.