I am looking for someone to share an adventure……..

That’s what she should of have said, but instead she merely asked:

She smiled and pointed to the moors and beyond….. 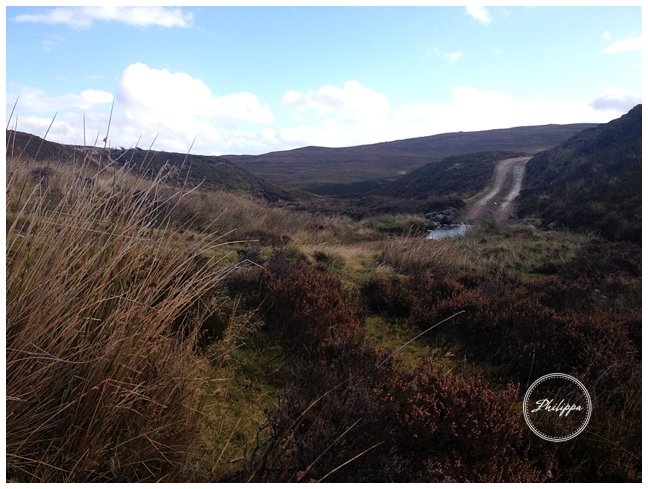 I confess I was warm and comfy in the snug shooting lodge, happily finishing the icing on my coffee and sour cream cake to serve later with lashings of hot tea.  However the picnic lunch I had prepared for the Guns had to be taken to the farthest bothy in the land and so we packed the trusty Land Rover and boldly headed off into the depths of Mordor …. 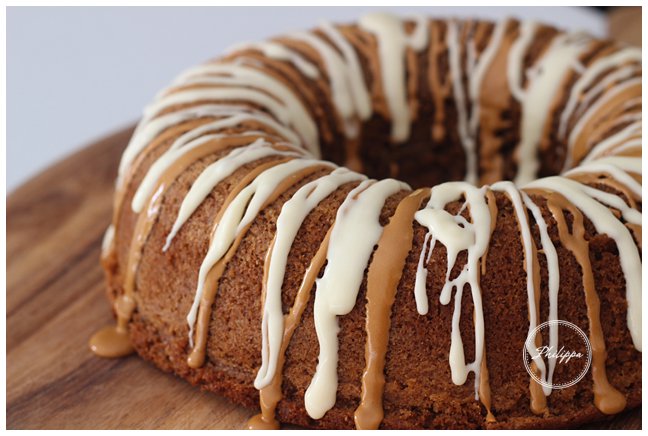 Ok I admit all the fresh air may have been getting to my head and although it wasn’t quite as epic as the Hobbits journey ( no dragons, goblins or forest dwelling spiders) it was as an adventure none the less.   The first obstacle was a long narrow bridge across a ferociously  gushing river burn– with only a rabbits tale tail of width either side to spare, we somehow made it across.   Next came a long steep climb into the hills with a shear drop one side and a track filled with crevice like pot holes, we slowly edged our way up and made it to the top.   What a view I thought, I could see for miles (although I also remember thinking I could also see there was no bothy for miles) …. 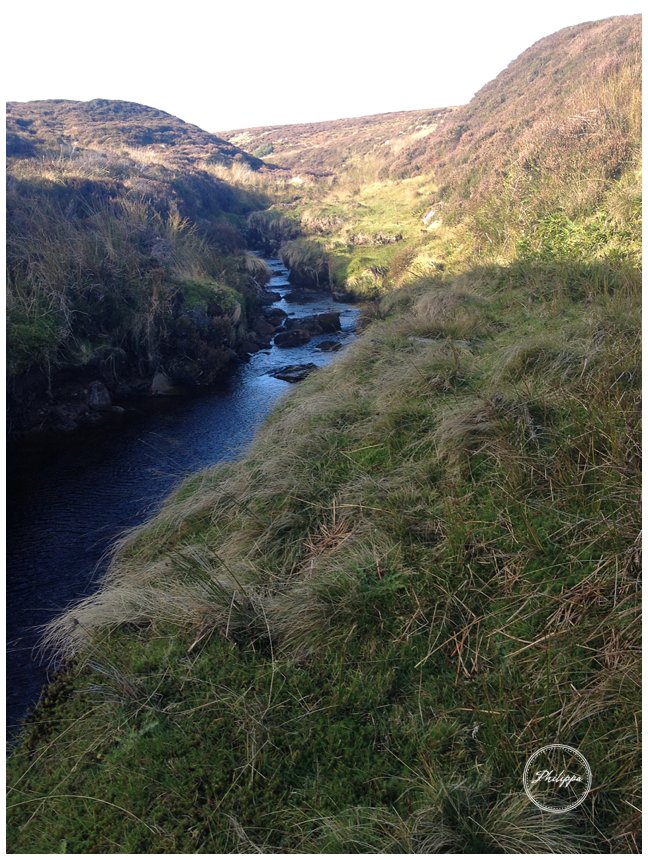 It really was extraordinary scenery and I was beginning to quite enjoy the drive when I swung a left, headed down a hill  only for me to spy my next challenge.

My heart was beginning to sound like the flutter of a grouse’s wing, the adrenalin building up .  Apparently I had to drive through a torrent of a burn.  No idea how deep it was or if there were any more pot holes under the water to deal with I remembered my training (thanks dad) from having to drive in last year’s floods in Southern England and crept on through. 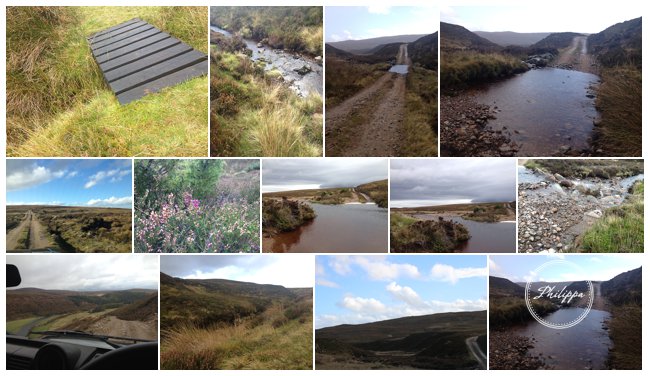 “Go back?” I thought. “No good at all, go sideways? Impossible! Go forward? Only thing to do!  JRR Tolkien.

As my companion was cheerfully telling me the bothy lay beyond the next horizon I  reflected on the brief I had been given for this job  – “food that is easily transportable”.  Definite understatement.  I nervously kept glancing in the back to check all the bouncing boxes of goodies we had packed were still intact.   I also remember thinking as the rattle of the cutlery box got louder and louder as we picked up speed over the straight parts of track that this would be a great way to make a dry martini. 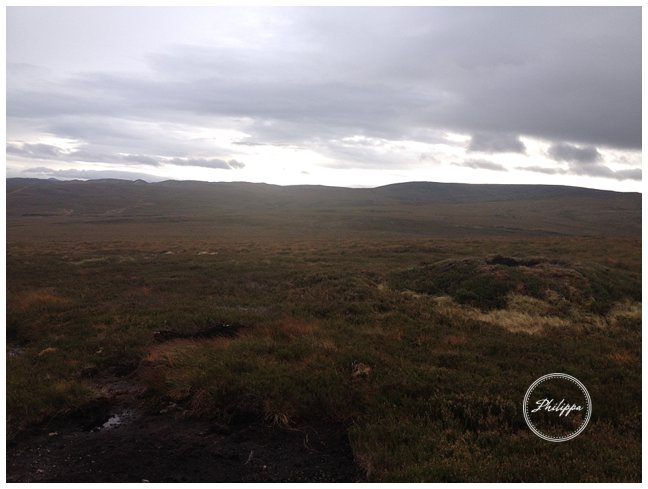 Eventually arriving at the bothy we jumped out and began to unload the feast. At that point Gandalf ( or I could have misheard his name and maybe it was Randolph) appeared from the other direction in his tweeds to help.  A thorough sweep, a few tartan rugs and a roaring fire set the perfect tone for a warming lunch on the hill.  There were flasks of leek, potato and chive soup, slices of marmalade roasted ham, a hearty salad of  roasted autumn vegetables and quinoa,  almond tarts,  wedges of cheese and jars of chutney. 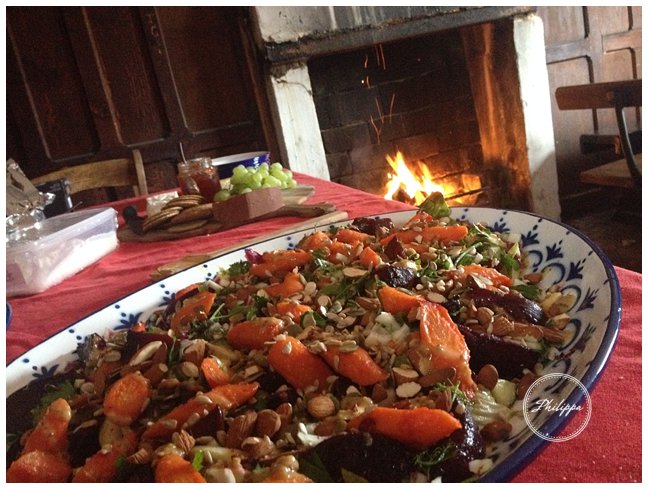 I admit it was quite bizarre waiting in the middle of nowhere, in a hut with a huge table groaning with food, then suddenly seeing about 15 Land Rovers hove into view, pull up outside and disgorge their tweed clad cargo to have their lunch, then set off again.   I am going to call it “Extreme Picnicking” . 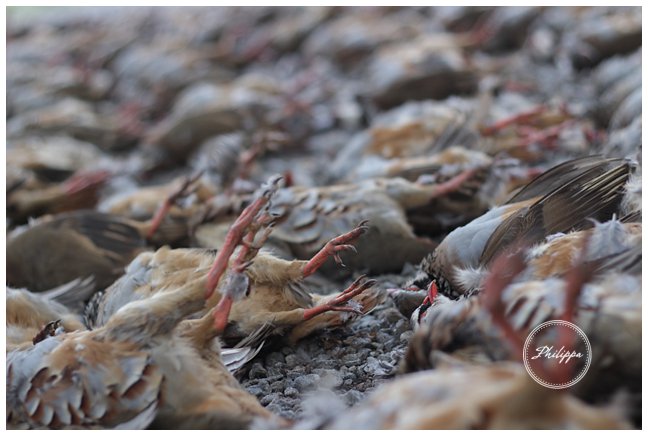 We made it there and back again in one piece and I admit I enjoyed it so much I quickly volunteered the next day to go back  up to the moors with the lunch having found a new penchant for off road driving.  However while I am back at the lodge and have Wi-Fi let me share with you my baked/ roasted ham recipe that although you might not need for any picnics during what time is left this year it would make a great addition to your Christmas spread. 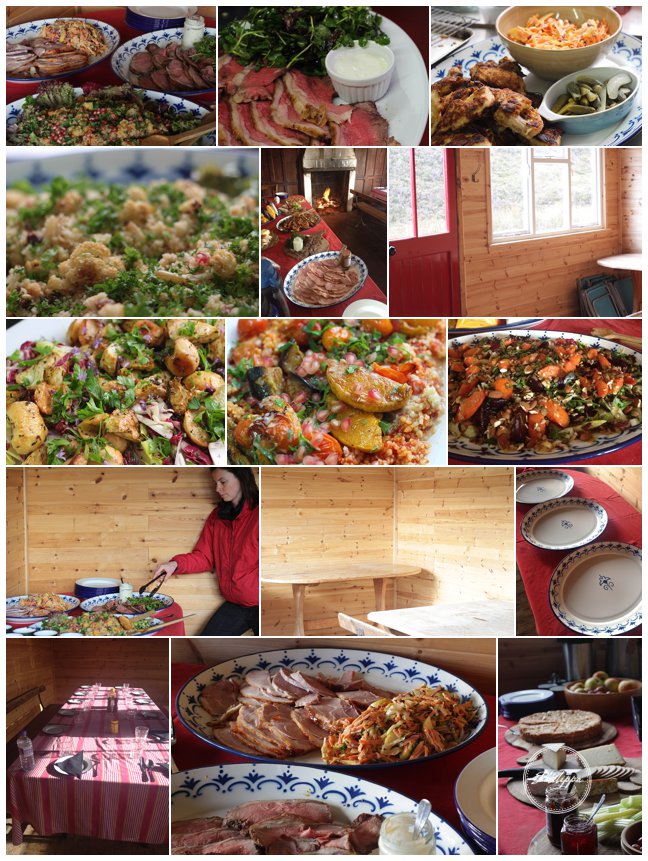 I am off – roading in a Land Rover defender

Things learnt  – Philippine saying   – shake the tree before you sweep the leaves.

Every home should have…a distant bothy. 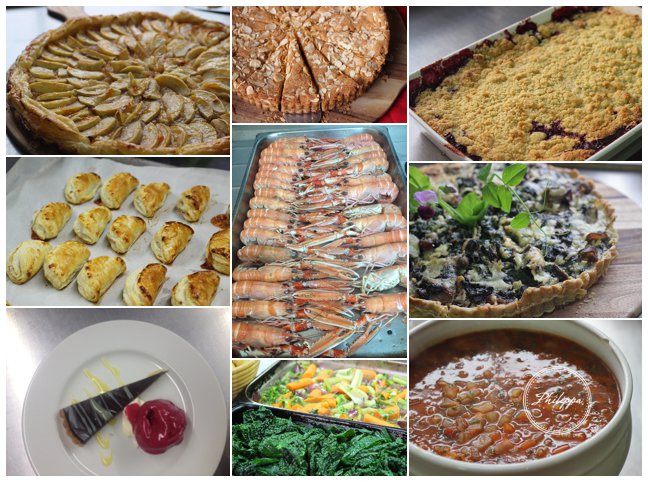 A 3 kilo one makes about 20 thin slices

1 large  uncooked Ham joint (I find most joints I buy do not need a pre soak to get rid of the salt but worth asking your butcher).

Place the ham in a large pan with the apple, cider, cloves, juniper berries, pepper.  Bring to a boil then turn down to a simmer and put a lid on. Cook for 20 mins per 450g.  If the liquid level drops below the ham top up with boiled water.

Once cooked carefully take out (reserve the liquid as it makes a great stock for pea and ham soup) take off any casing, skin and most of the fat. Score in a diagonal pattern.

Smear the marmalade onto where the fat was and roast in a pre heated 200°CCoven for 15 minutes or until the marmalade has caramelised.

Leave somewhere cold to cool completely ( about 4 hours) then slice thinly as and when needed. 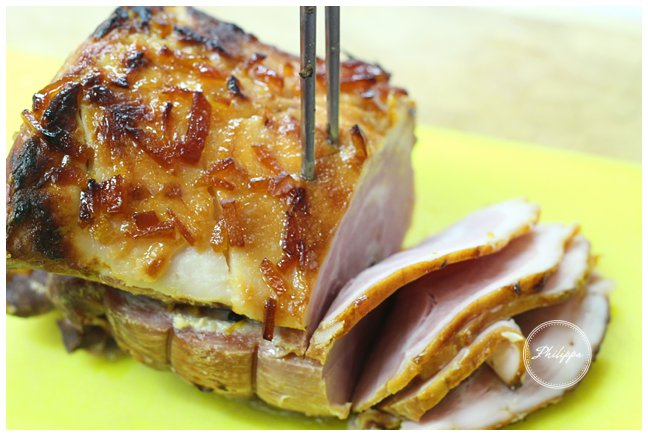 Next postcard recipe from Perthshire…