This week I headed to the Scottish Highlands to cook for a salmon fishing week on the River Findhorn, lots of big breakfasts, afternoon teas, help yourself suppers and best of all bbq s by the river …

“Oh, its easy to find, you cant miss it !” My client called from the Landy Defender as they headed off to the river.

So I jammed the trusty old Range Rover to the brim with boxes, bags of charcoal and food supplies and headed to the ‘middle beat fishing hut’ wherever it may be (for you non -fishing folks a ‘beat’ is a part of a river you fish). On the upside I knew the that it was going to be by the river, what worried me was getting lost in part of the 70 000 acres of estate I had to drive through to get there and then possibly not being found till the grouse season started in August… 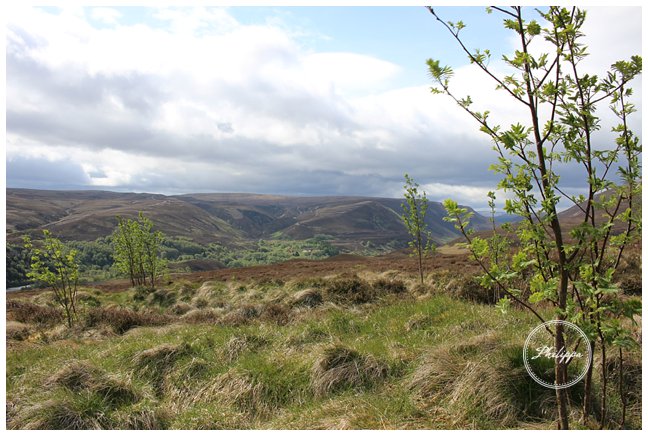 I found the hut (fear not, I am not posting this from the wilderness) unloaded the kit, laid the table, set up my outdoor kitchen and fired up the bbq. As I was in Scotland it of course started raining as soon as I had struck my first match, it then got a little windy and then to my delight/relief the sun came out. 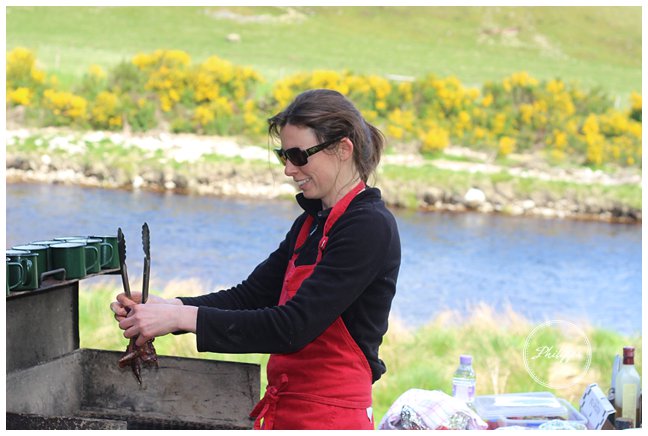 On the first few days nothing was caught so I ended up cooking lots of meat on the coals; chicken marinated in thyme and lemon, pigeon with zataar and lime , Gressingham duck breasts with just with a sprinkling of salt. All delicious but no fish! 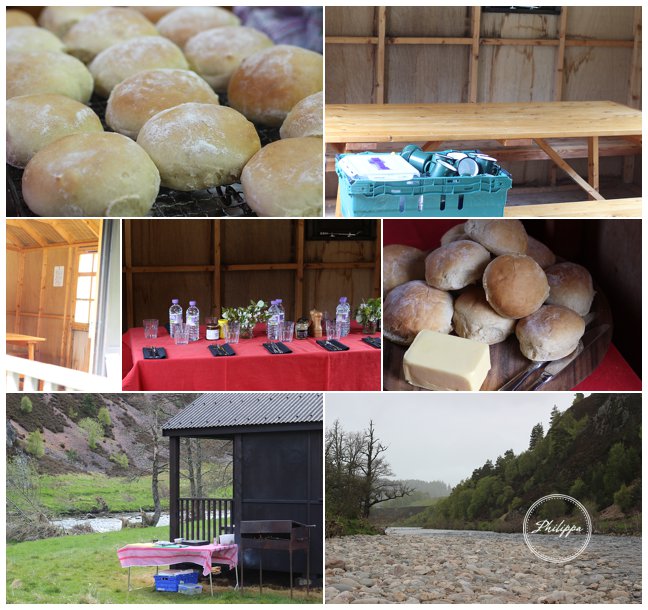 On day three spirits were still high amongst the group, despite the changeable weather and lack of salmon. I began to feel I was more keen for them to catch one then they were, I even briefly considered going on strike until they had but then   with the intervention of St Peter, the skill of the fisherman and with help from the ghillie ( a knowledgeable attendant to the fisherman) the group triumphantly bought back that night to the kitchen two silver beauties.

Wild Scottish salmon really are quite extraordinary creatures and have the most challenging of lives and seemingly endless name changes. They start as one of around 7000 eggs laid by the ‘hen’ salmon deep in river bed gravel. 90 % of these generally survive and once hatched they are then called Alevins. Born with their own pack lunch (a yolk sack) they lurk in the gravel for a few weeks then once ready start to fend for themselves. Sadly with limited feeding grounds and a lot of competition at this point only about 10% make it to the next stage. 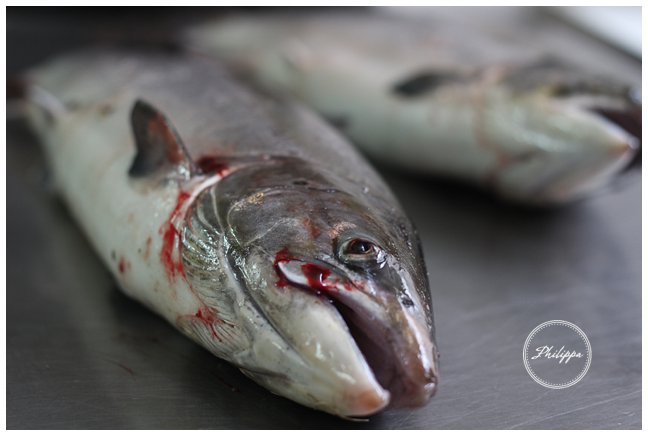 The fighting few that survive (now called ‘ Parr’) spend a year or two in the river but with threats of summer droughts and / or floods they still haven’t hit easy street. After a couple of years, come spring time some of the larger fish that have made it start drifting out towards the sea and you guessed it they change their name once more and now answer to ‘Smolt’. The smolts travel in shoals and as they reach the estuary they are often picked off by predators or fall victim to human pollution. 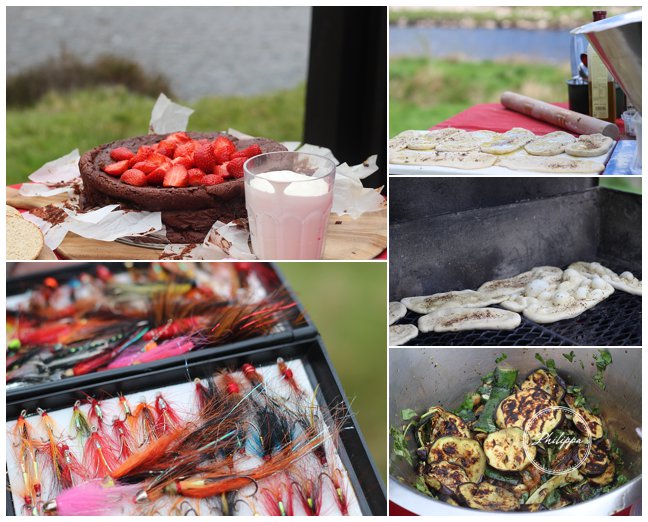 Those that make it to the sea for their first winter are obviously not called salmon as that would make it far to easy, no they are called Grilse. Our British Grilse can be found anywhere from Faroes to Greenland so its no wonder they build up an appetite and can double in size.   The 10 % that survive their sea voyage then start to swim back to the river (cleverly very close to where they hatched as eggs) in order to do some breeding of their own and are called….Salmon !

Spawning generally takes place from October to January. Once back in the river the fish do not eat at all and they start to loose their knight like silver and develop a colourful breeding dress (pinks and red ARE the new silver for these guys). Once a fish has spawned its called a kelt (come on keep up!) they look really thin and are not allowed to be taken from the river. 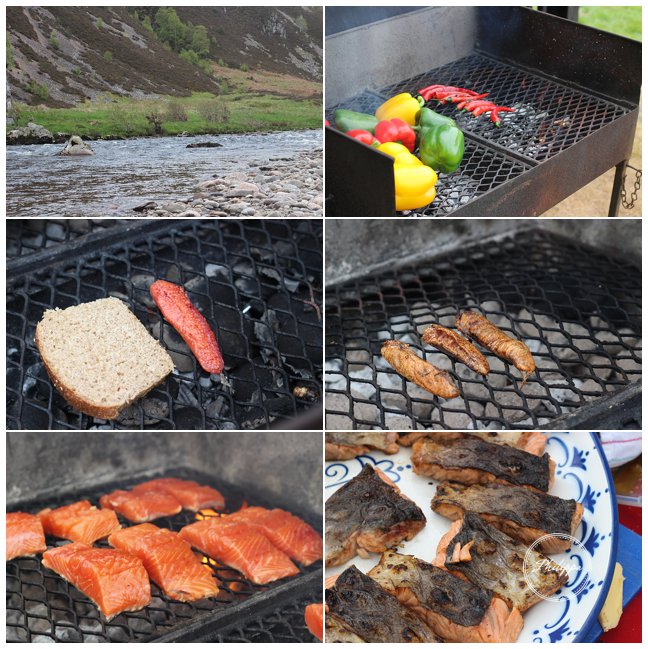 If the salmon survives all this (though few do) it will head back out to sea and bravely attempt the same routine again the next year. 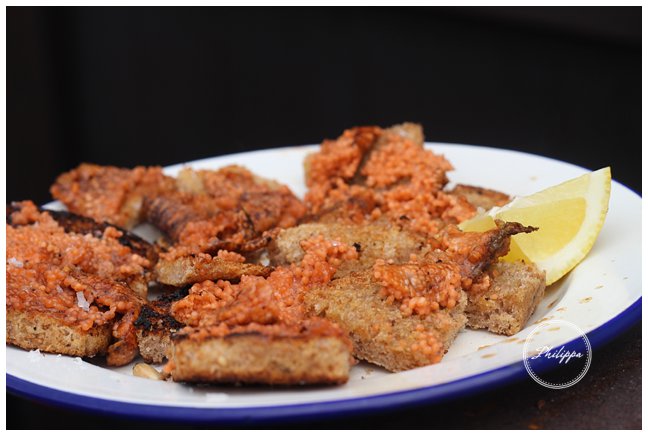 As you can imagine with this precarious lifestyle their numbers are not huge so, as like with many country pursuits, there is much etiquette and rules to abide by which I shall delve into in my next postcard. 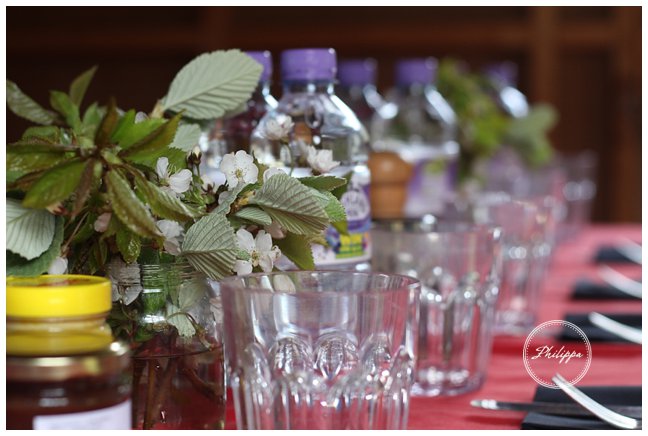 A few years back I cooked for a fishing week (but much further up north) when they came back with their first salmon the triumphant fisherman reluctantly handed it over to me.

they then proceeded to hover around the stove while I prepared supper.

I totally agree that when the salmon is this good very little should be done, some heat and a wedge of lemon at most. I also think when its really good it works best served ‘medium rare’ so if you are lucky enough to get some wild salmon don’t be too keen to cook it completely through. 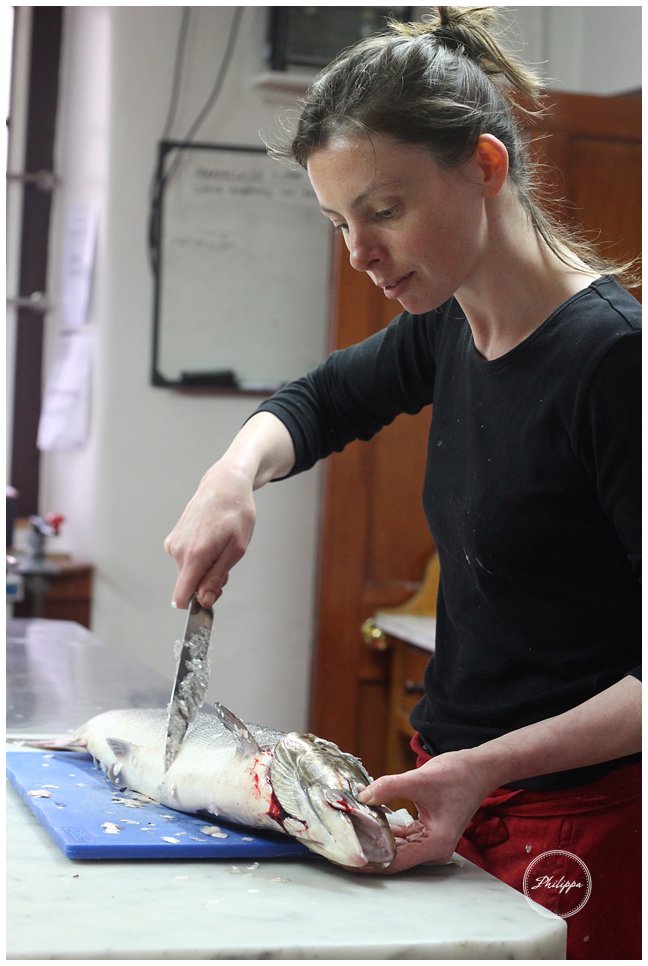 Prepare the bbq so its hot , the coals have gone grey and the grills are clean.

Salmon, allow about 200g of salmon per portion

Check the salmon has been properly descaled and that any bones have been removed ( a pair of tweezers works perfectly for this job).

Grill skin side down first and only turn once the skin lifts off the grill.

Best served medium rare and by the river it was caught from!

You can try grilling most lettuce but for this lunch I used baby gem (frisse, romaine, iceberg and even rocket – when kept on its root also work well).

Wash and dry the lettuce,

Cut in half and sprinkle with salt, pepper and a small drizzle of olive oil

Remove from the heat and serve warm with a squeeze over some lemon and a sprinkling of chilli flakes. 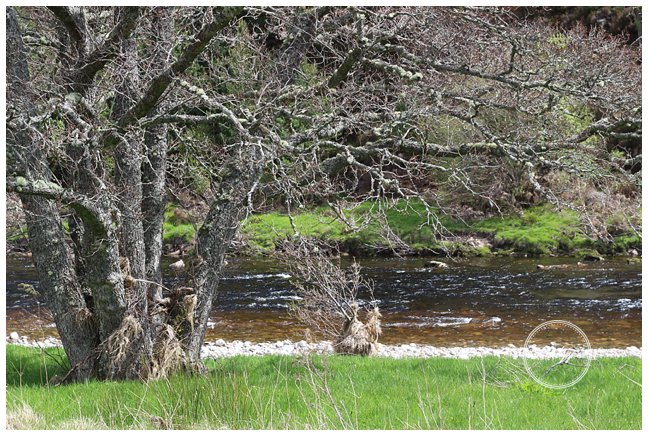 I really think this is the best sauce with this fish as the tangy acidity pairs particularity well with the fatty rich salmon.

Juice from half a lemon

Finely chop the parsley and pop into a bowl

Add the mustard, capers and anchovies and mix

Stir in the olive oil and finally the lemon and some pepper.

Check for seasoning but as anchovies and capers are salty it generally doesn’t need much. 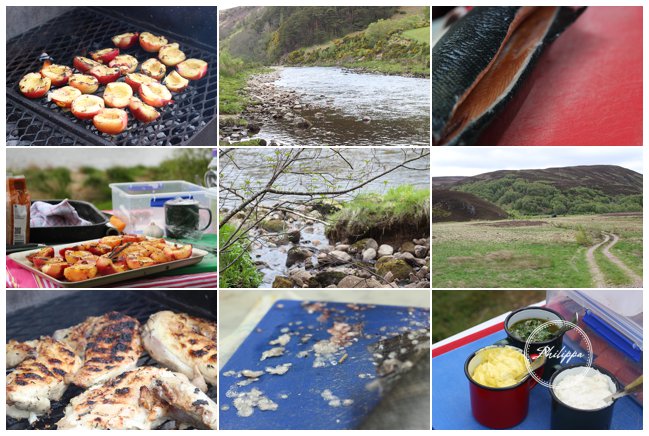 Having had much fun on the river all week, learnt a lot and bbq ed practically everything I can think of I have waved good bye to my clients I am now changing beats to cook for another fishing week but this time turning my attentions to packed lunches. For this postcard recipe I will share with you my bbq salmon lunch recipes. 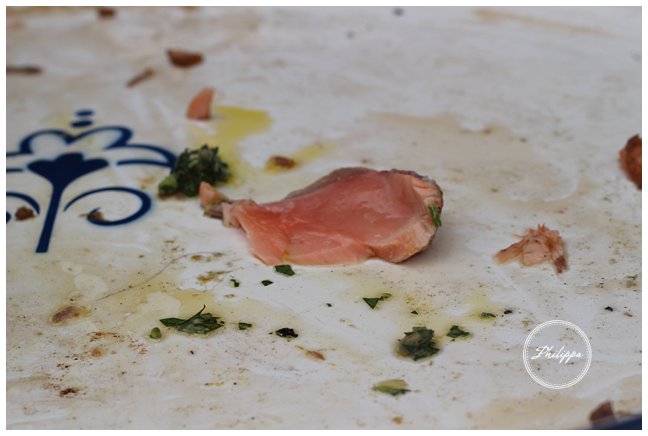