Well I am down in the south of France and things are hotting up. Stationed near Les-Baux de Provence, a stunning commune chiselled into the Alpilles mountains, I am cooking for a family who are keen to embrace the fantastic local produce. 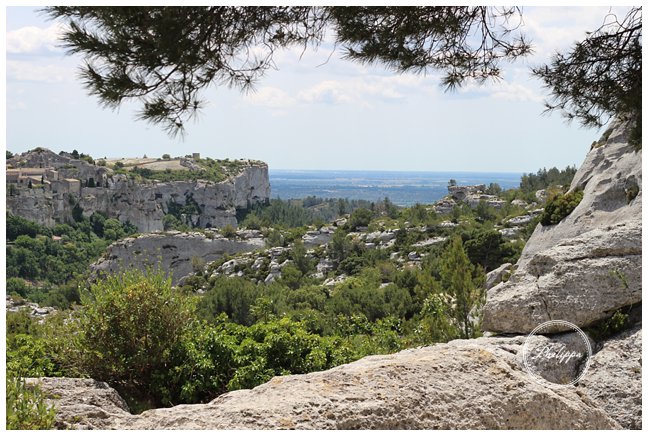 Now being savvy to the ways of the local markets, I always try to get there early to miss the tourist crowds that are drawn to the splendiferous offerings. I headed straight to the fruit and veg section and was delighted to see the first of the local fruit; apricots bursting with flavour; crates of juicy scented peaches and avalanches of bright red cherries in their lycra-tight shiny skins. 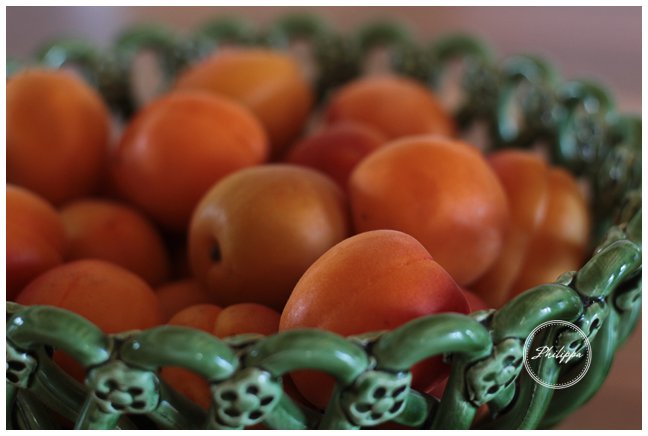 ‘ Lycra’ springs to mind as this is a prime cycling area. No matter what time of day it is when I am out and about I am on average passing at least 25 cyclists within 30 minuets! 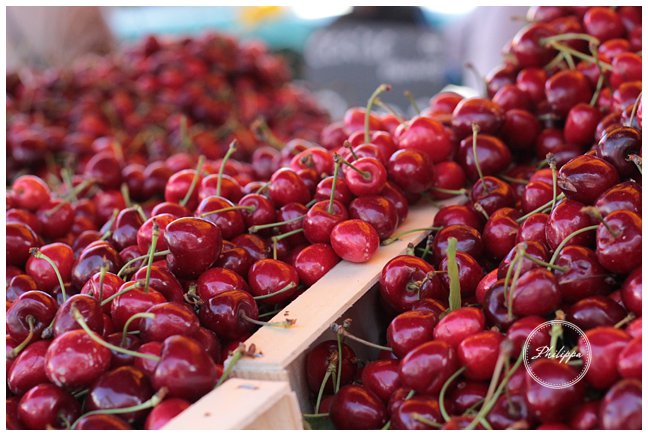 Firstly it amazes me that anyone would do this for fun around here. For those of you who don’t know this part of the country it is seriously steep with many a James Bond-esque switchbacking road, windy (with the Mistrals) and to top it off at this time of year it is starting to get really hot. The other thing that really amazes me is the age of these cyclists – a lot of them are no spring chickens yet they are out there making it to the top and no doubt enjoying the pay-off of the speedy, twisty decents.

I salute you, but will not be rising to the challenge myself. 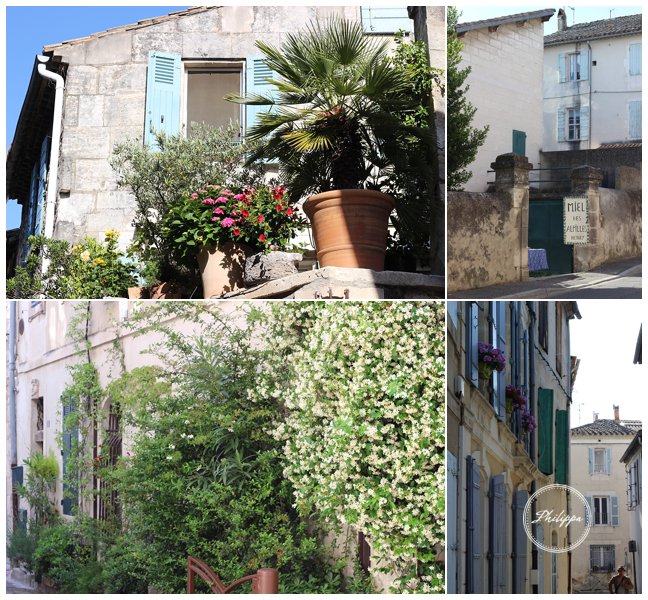 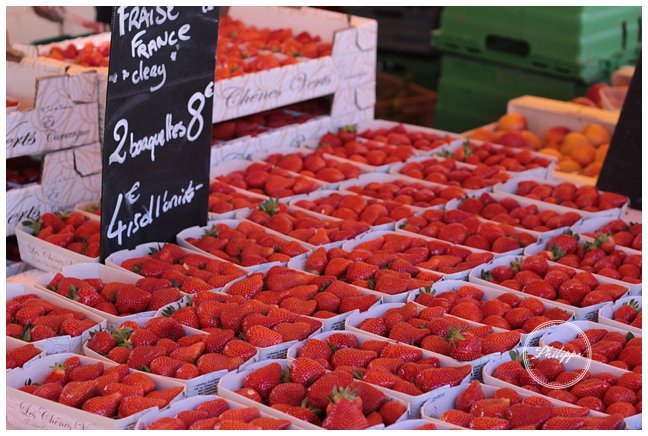 A challenge however I did tackle was one raised by my client.  I had been putting piles of fresh cherries on the table and we had all been tucking in to them and I had of course been making lots of cherry based desserts. After supper was finished one night the question was raised –

“How do you feel about cherry clafloutis” 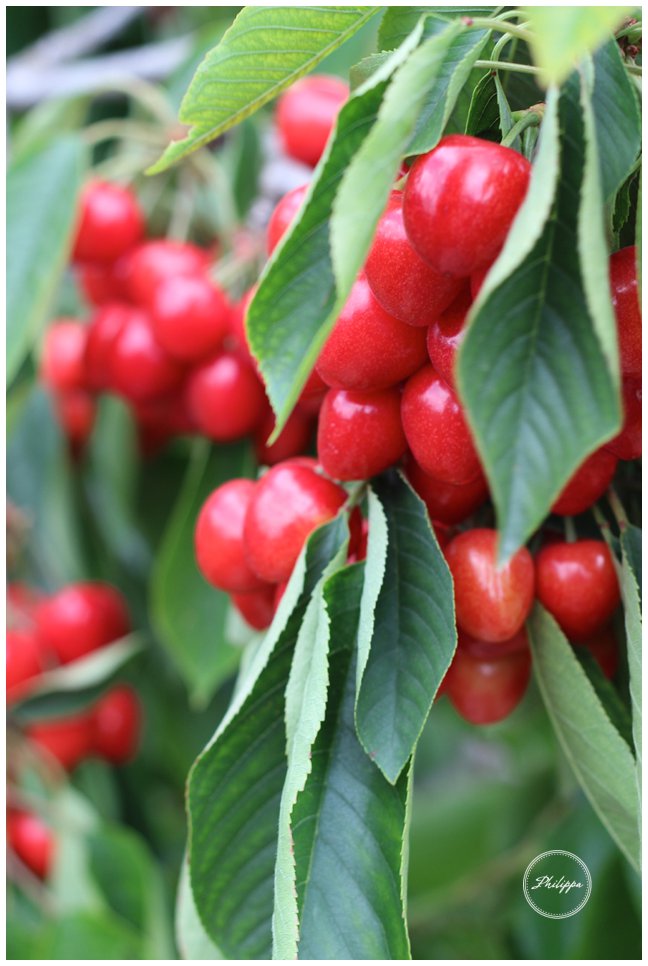 Now generally I am positive about most things but cherry clafloutis? My trouble was I felt I had never made a really nice one so had shelved the concept about 5 years ago.

“Mine always turn out eggy”

“Mine too” I muttered.

Unlike a crazy cycle ride up the mountain I decided I could conquer this cherry challenge and so with a bit of research, a lot of kirsch (for the cherries, not me) and the idea that most things can be improved with a lashing of cream, I made what turned out to be a very successful cherry clafoutis that not only was not eggy but it was also delicious warm for dinner and cold for breakfast the next day. So this postcards recipe is a delicious non eggy delicious cherry clafoutis.

Cherries consumed 423 ( including 48 in a delicious cherry clafoutis)

Driving   – a Nissan Micra (excellent for zipping down the winding roads of Les Baux, less successful at accelerating into a Mistral headwind).

At least 3 hours before baking take the de-stoned cherries and macerate them in 3 tbs taken from the 100g of demerara sugar and all the kirsch. Leave this at room temperature. 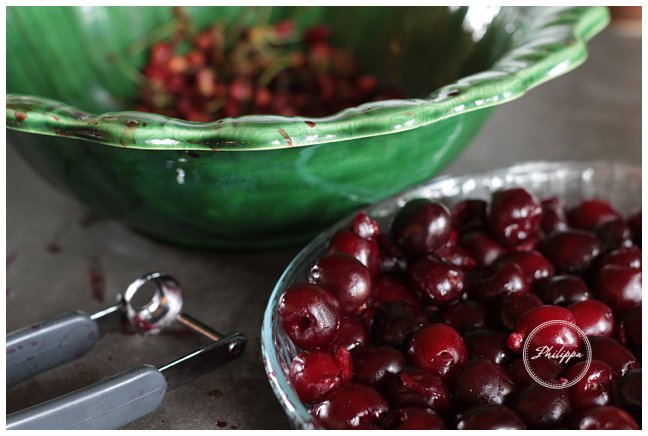 Make the batter by ;

Briefly whisk in the flour (this is best done by dumping the flour in the middle of the liquid and whisking at first only in the middle then gradually incorporating the rest).

Pour the cherries and their juice into the buttered and sugared dish.

Pour over the batter. 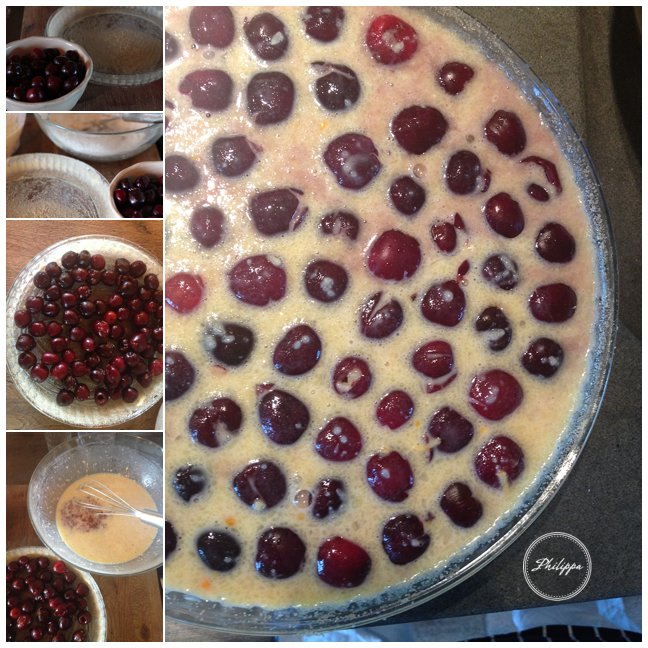 Bake for 40 mins (its should still have a little wobble in the middle) then leave to rest for at least 15minutes.

Eat with a lashing of pouring cream 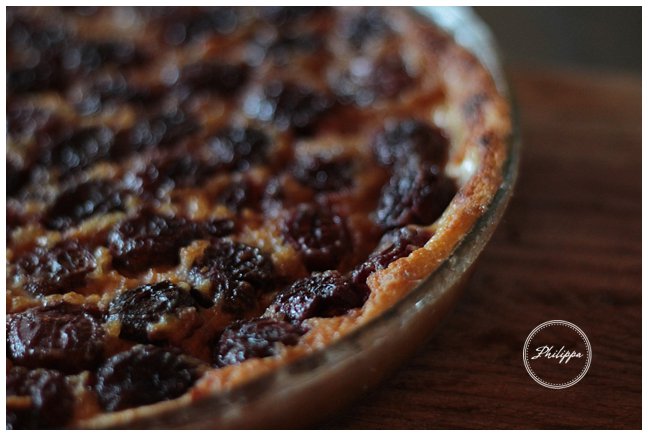 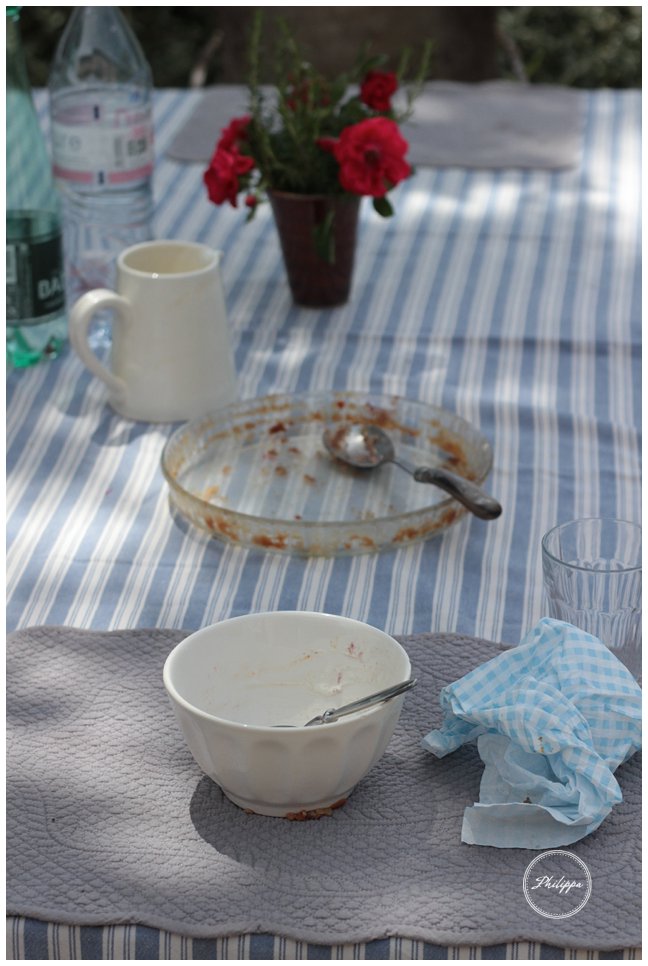