Corn in the USA 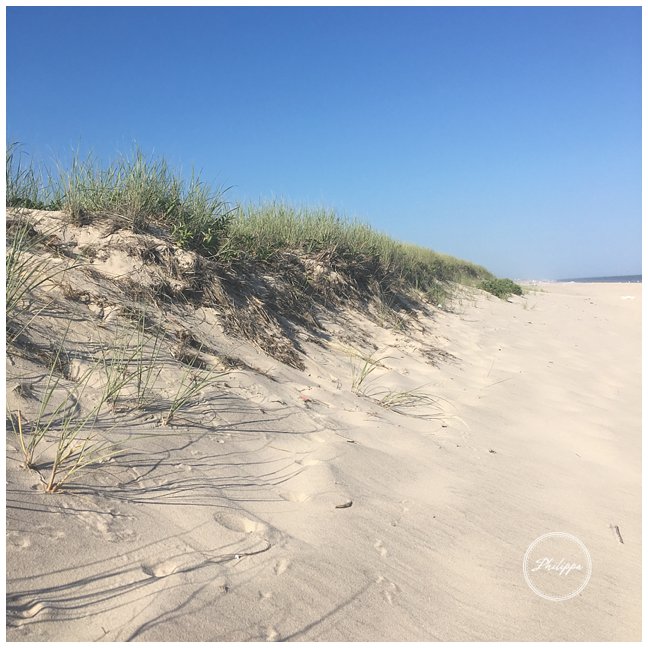 The USA produced in 2015 $49 billions worth of corn harvested from 88 million acres of land. That’s a lot. 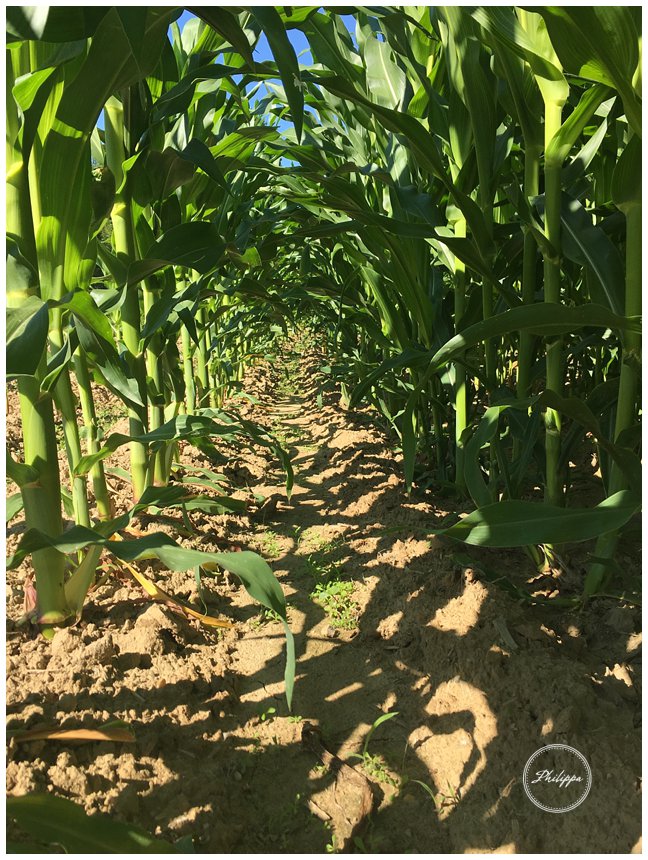 Whilst doing my usual scouting trip around the local farms, markets and shops I found a roadside stall that belonged to the adjoining farm that boasted of its “world famous corn”. I think it would be practically impossible to start saying where the best corn was grown but what really matters when buying and eating it is how fresh is it is. Once picked that delicious sweetness starts turning into starch so time is of the essence! 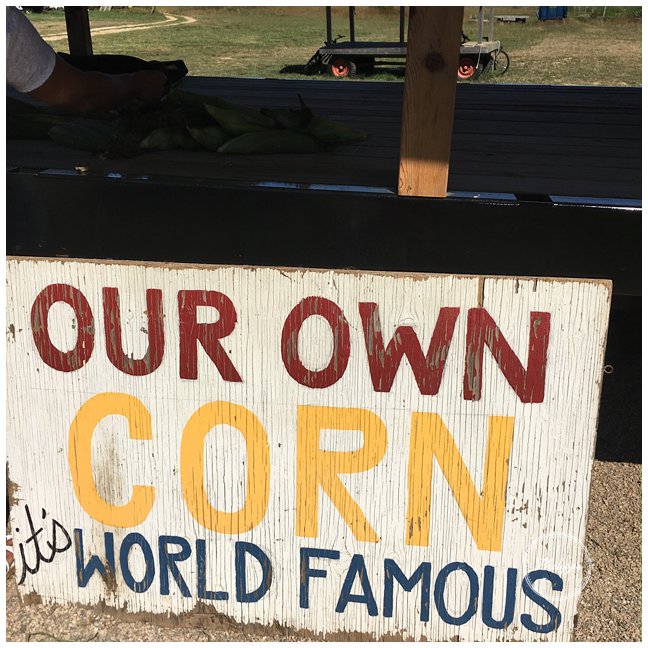 Health wise corn has lots of antioxidants and vitamins and contains soluble and insoluble fibre. The insoluble fibre is good at helping the good bacteria in our gut. 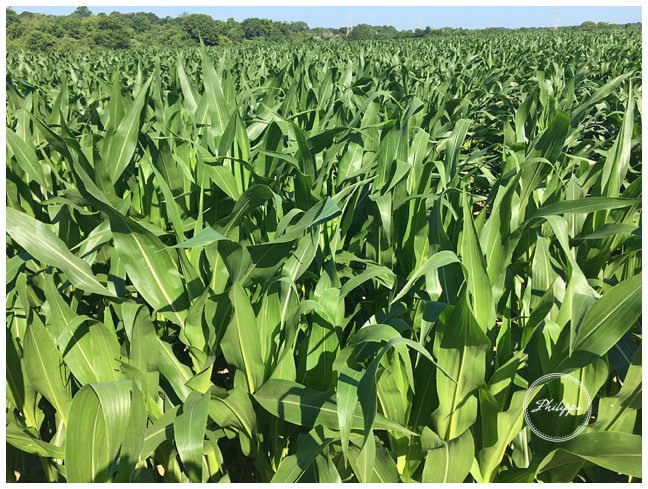 When not eating corn or discussing politics we managed to slip in a fair few sugar highs with cookies, brownies ( it will always remain a mystery as to what happened to that second box ) shortbreads and ice creams nicely balanced with some simply grilled delicious local fish, fresh juices and salads. 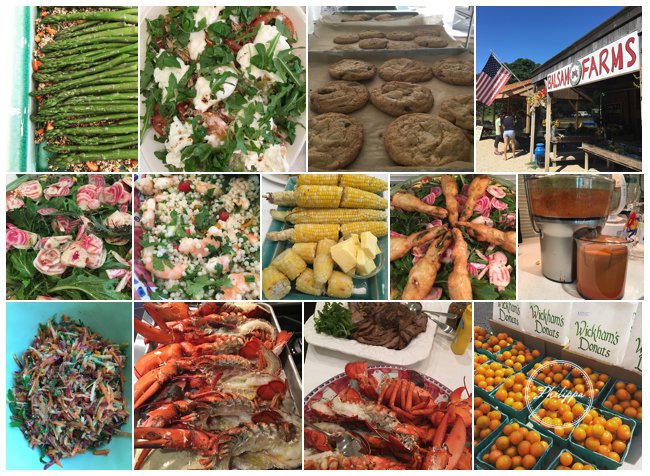 For this postcard recipe I would like to share one of the corn salads we made, grilling the corn adds a delicious element and putting it in a salad helps stop the urge to smother the blackened sweet juicy corn in butter although thats probably the best way to eat it. 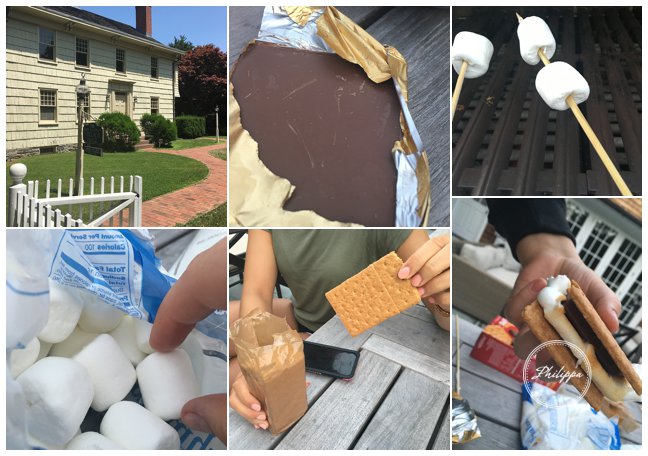 Times Ive been told to ‘ Have a nice day’ : A LOT, luckily I generally was otherwise it would have been really annoying.

Dogs in crazy costumes seen: 2 ( check out my instgram @ phollowphilippa)

Every home should have : bicycles

We are on : a sugar high 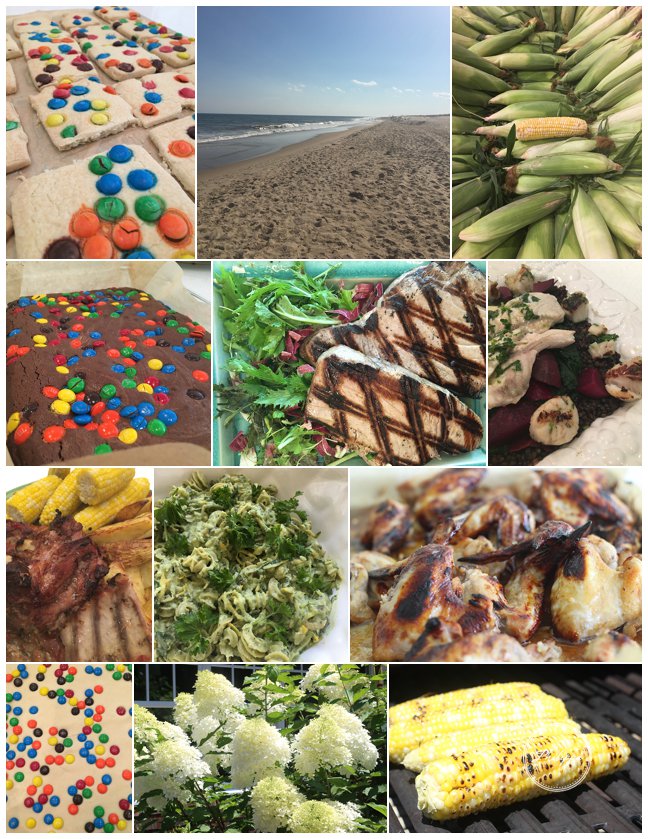 juice from half a lemon

100g grated cheese – I used comte but you could use blue, cheddar or goat 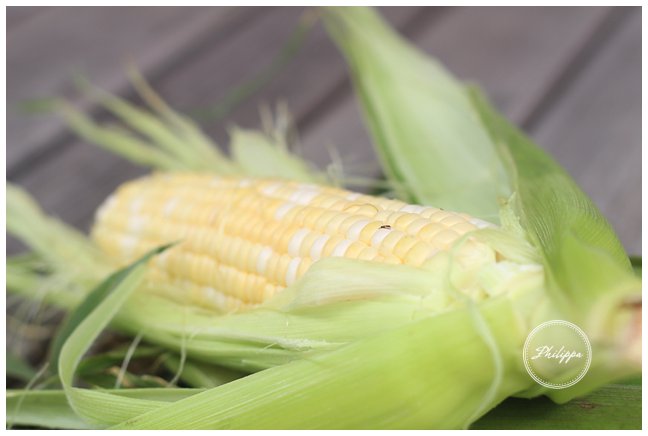 To make the dressing

Sprinkle some salt and pepper in a bowl

Whisk in the lemon juice then in this order the syrup, cheese, mayo and finally the olive oil. 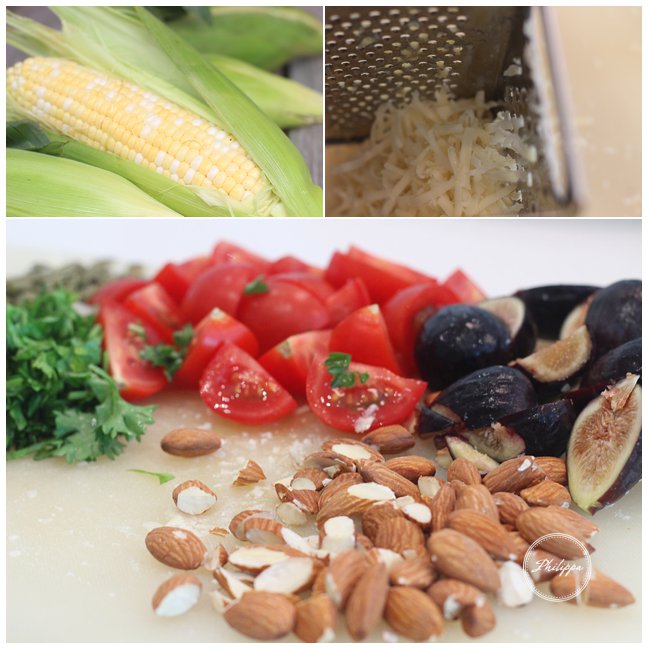 Blanch the corn for about 8 minutes in a large pot of boiling non salted water, you want the corn to be just cooked.

Drain then grill for about five minutes on a medium heat so most of the outside has taken on some colour.

Leave to cool slightly then slice off the kernels

To assemble the salad, toss the figs, leaves, tomatoes , almonds and corn in the dressing and pile onto a plate. 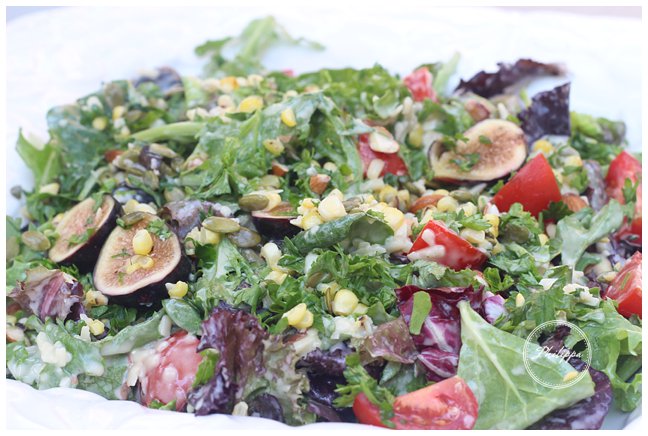