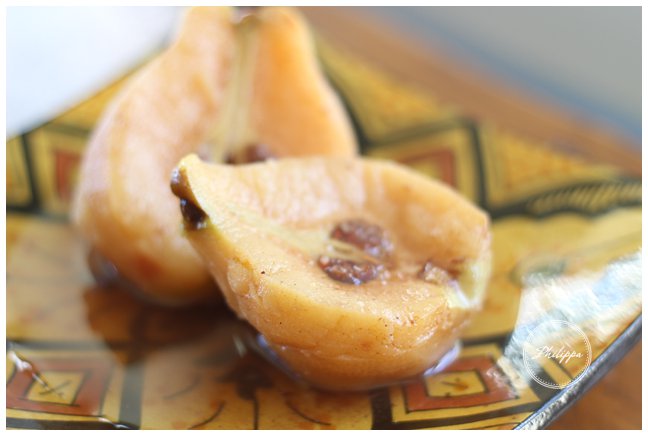 History and literature also seems to have had its fondness for the Quince over time with the first records of them being planted in 1275 at the tower of London during Edward I reign. Paris gave Aphrodite a quince in exchange for the love of the most beautiful women in the world, Helen of Troy and it is often seen in her hand (Aphrodite’s) as a symbol of love. Up to the 18th century the soon to be father in law would often give a basket of quince to the bride to be to bring happiness to their marriage (admittedly not necessarily a sure fired method but at least something to throw if things quickly turn sour) and we must not forget this fruit was also part of the marital feast for the surprisingly romantically entwined couple, ‘ The owl and the pussy cat’

‘They dined on mince, and slices of quince,’

The Rosh Hashanah supper I was asked to cook for at the beginning of the month, which celebrates the beginning of the Jewish New Year, despite having plenty of traditional and symbolic foods that had to be woven into the feast also managed to accommodate some quince.   On a tangent to this blogs quince centric theme I found planning the food for the Rosh Hashanah a fascinating task as there is so much symbology with the food. 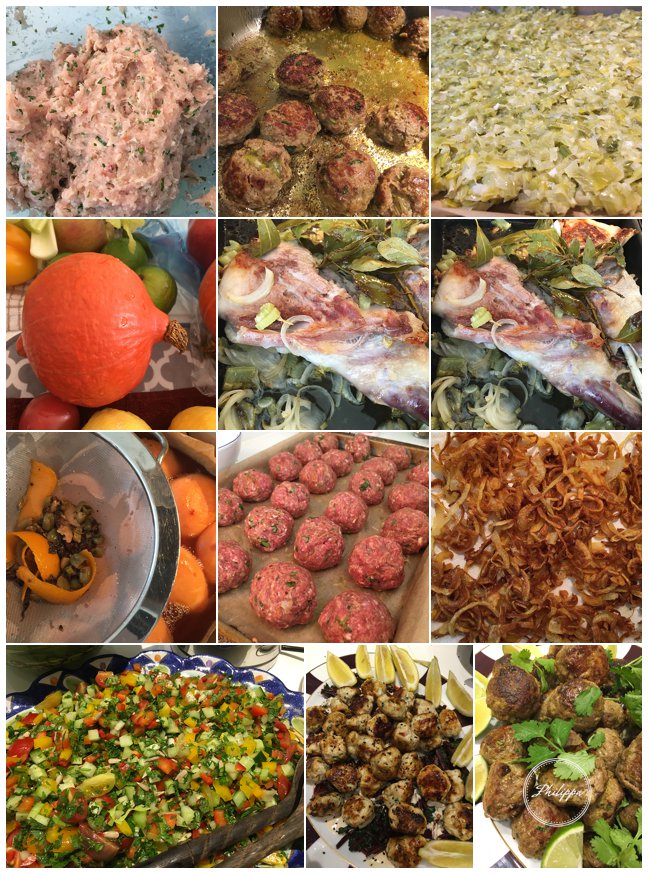 The meal starts with honey, apples, pomegranates, dates, challah and blessings and then moves on to other dishes like fish, meatballs and of course dessert. Below are a few of the foods and why they are included in the feast.

Apple and honey: to bring in a sweet new year

Round loaves of Challah: to symbolise the continuity of creation (as with any foodie groups the callah had to be bought from the best bakery in London which meant queuing for hours at night ( admittedly not by me ).

Pomegranates: representing a new fruit in season, is to wish our good deeds for the new year will be as many as the seeds in a pomegranate and to be thankful for bringing us into the new year.

Fish complete with head: to symbolise the start of the year and moving forward and to remember it as the ancient symbol for fertility and abundance.

Leeks: the word for leeks is related to the work to cut kareyt, so the leeks symbolize cutting away those who wish to harm us.

Dates – similar in Hebrew to a word translating to end, so dates are eaten in hope that enemies will cease. Also it is generally believed that when Israel is referred to the land of milk ad honey that to refers to date honey.

Beetroots and their leaves: The Hebrew word for beets is selek and is similar to the word for “remove.” Beetroots are eaten in hope of causing the departure of our enemies.

Then later in the month there was the partridge shoot weekend near Chichester that of course also managed to accommodate quince based dishes. 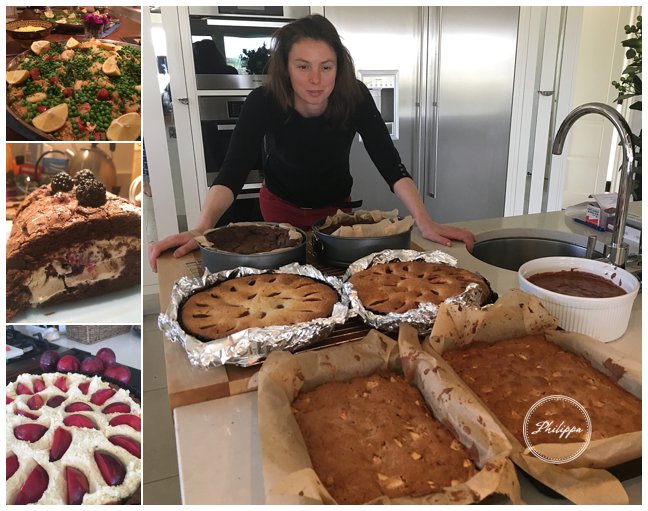 It is worth noting while we are in the hight of shoot season that Quince goes really well with game as its fragrant flavors contrast well to the earthiness of the meat. 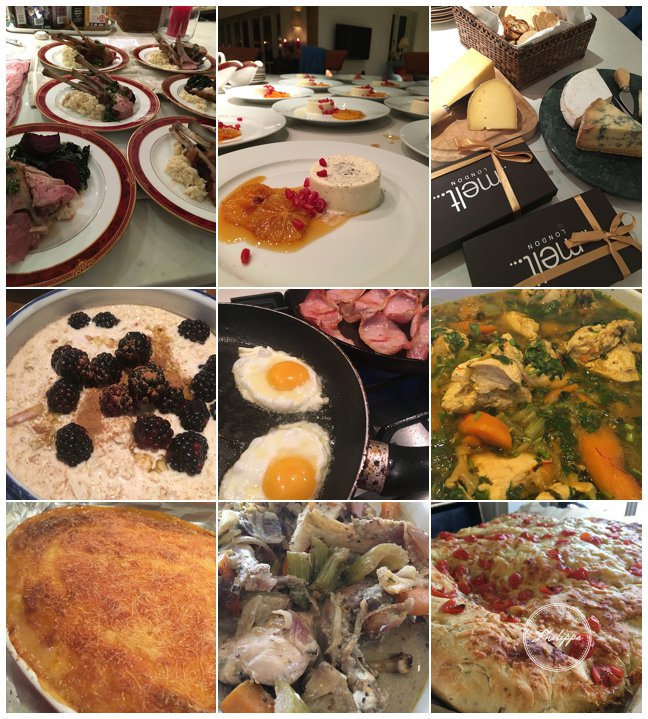 For this postcard recipe I will give you a basic method of cooking quince which you can then use to add the fruit to other dishes. 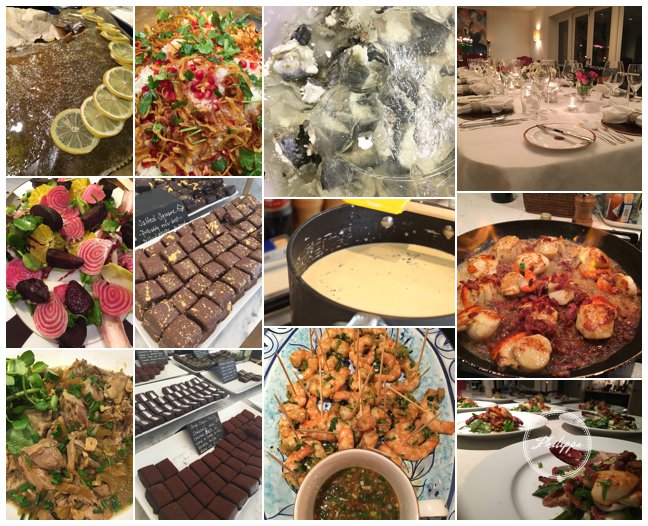 Cocktails drunk with quince juice: count unreliable but lets say more than one.

Every home should have: a quince tree.

Peter Quince : is a character is Shakespeare’s, A midsummers night dream

The apple of my eye : is in fact a quince

The recipe below can be seen as just a starting point. Once the quince is cooked you can simply serve as is with cream, ice cream, crème fraiche or yogurt or to take it further you can chop it up and add to apple pies, crumbles, stewed brambles ( blackberries) to eat as a compote, whizz it up and make into sorbet or one of my favourite uses adding the fragrant cooking liquid to cocktails.

1 and a bit glasses of Brandy

Peel the quinces and chop in half vertically.

Place in a pan with spices, the sugar, top up with water and add a glass of brandy.

Bring to a simmer then pop on a lid and cook until the quinces are all soft – this can vary greatly in time but start checking after 30 minutes.

Once cooked add a splash more brandy and serve two halves each, warm or cold, in a bowl with some of the juice and a dollop of cream,

The quinces will keep well In their juice in the fridge for at least a week ( unless I am around). 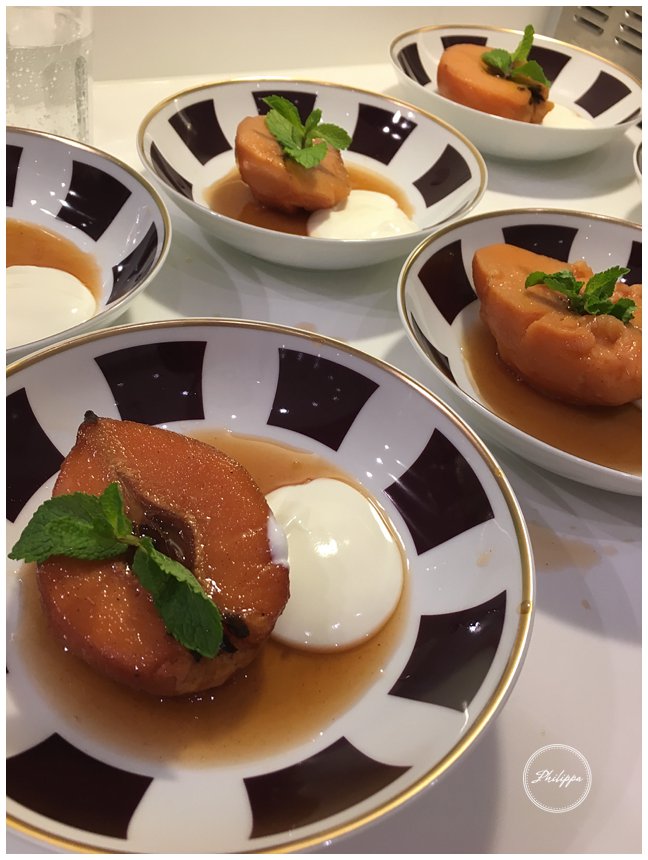