Go Back
Recipe | Reach for the Skye a.k.a. Whisky Raspberry and Mint Cocktail

I knew I had reached West Coast  Scotland. Sun, rain and mist battled to be the prevailing weather, all within ten minutes. Dark and glistening burns tore through the moody purple heather that carpeted the craggy rocks and my mobile phone signal became as rare and elusive as a golden eagle. 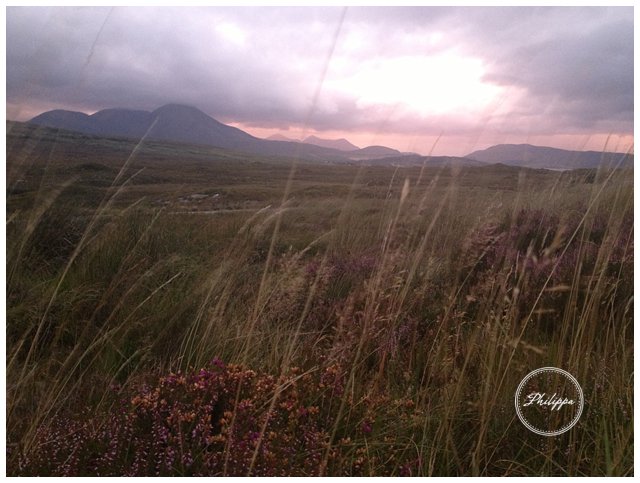 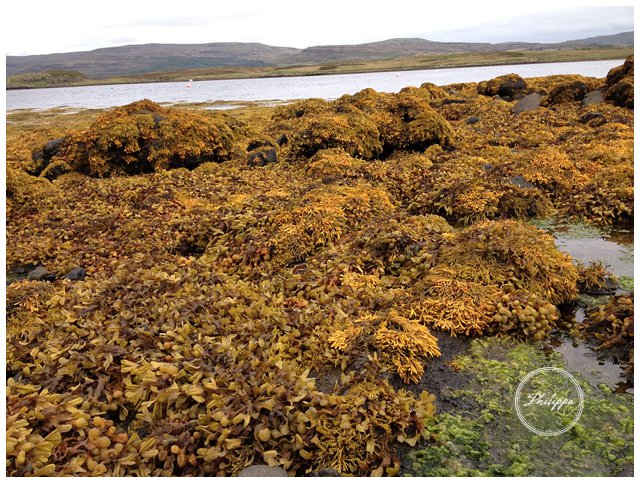 My destination was the Isle of Skye, one of Scotland’s most stunning west coast islands. A place brimming with opportunity to do strenuous activities such as walking, climbing, fishing and boating – I just came for the food.  There were several renowned restaurants that I had been longing to try and the local venison, scallops and wild mushrooms had been begging me to eat them. The trip also provided the opportunity for me to visit my first whisky distillery. 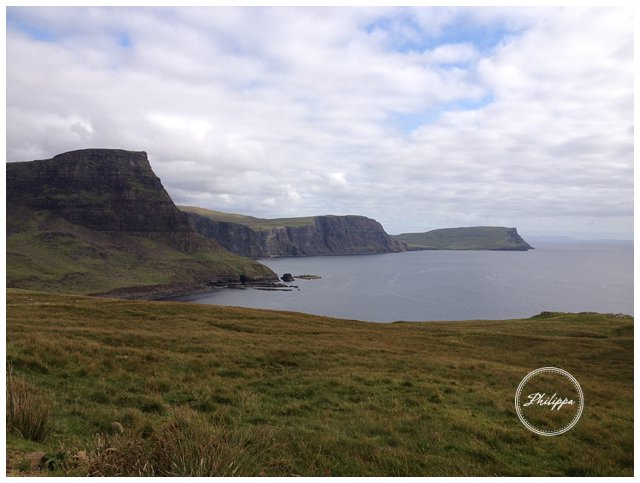 I will try and write about the process of whisky making but it is hard to relay the truly magical bits to you.  The Goliath noise the handsome machinery makes when grinding the malted barley into grist, the divinely scented warm air that fills the factory as the brewing process begins or the excitement of watching the bubbles rise in the gigantic tubs of pine wood  as fermentation takes over the wort ( the sugary juice produced by soaking the malted barley in unfiltered water ‘aff the hill’ ). 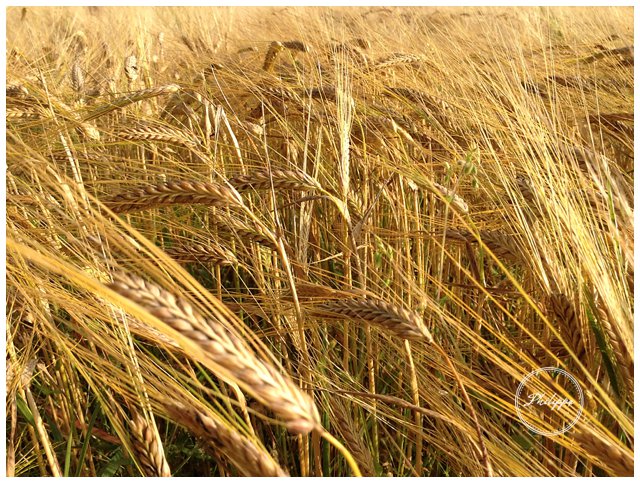 Only after these stages does the beery alcoholic liquid pass into the distillery room  — which looks like a mix of the old Moscow sky line and Willy Wonka’s experimenting rooms. 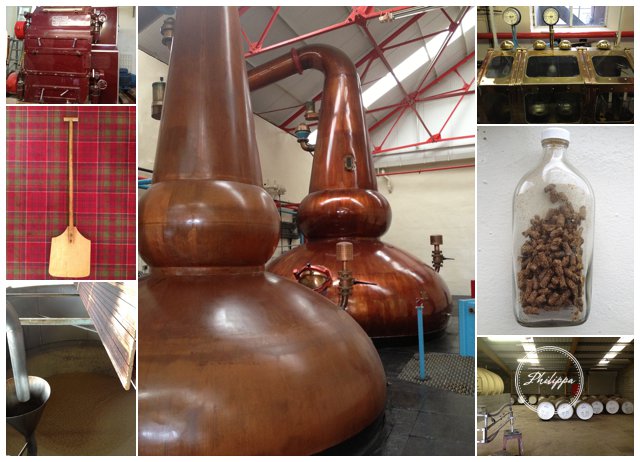 The stills ( large copper vessels) used for boiling  the liquid to separate the water from the alcohol are a different shape for each distillery, each apparently helping to add their unique flavor to the whisky ( I have it on good authority that this is romantic tosh, though I cant help but like the idea).  The liquid is distilled twice in Scotland and passed through an eccentric looking spirit safe  during  each distillation to measure alcohol content. 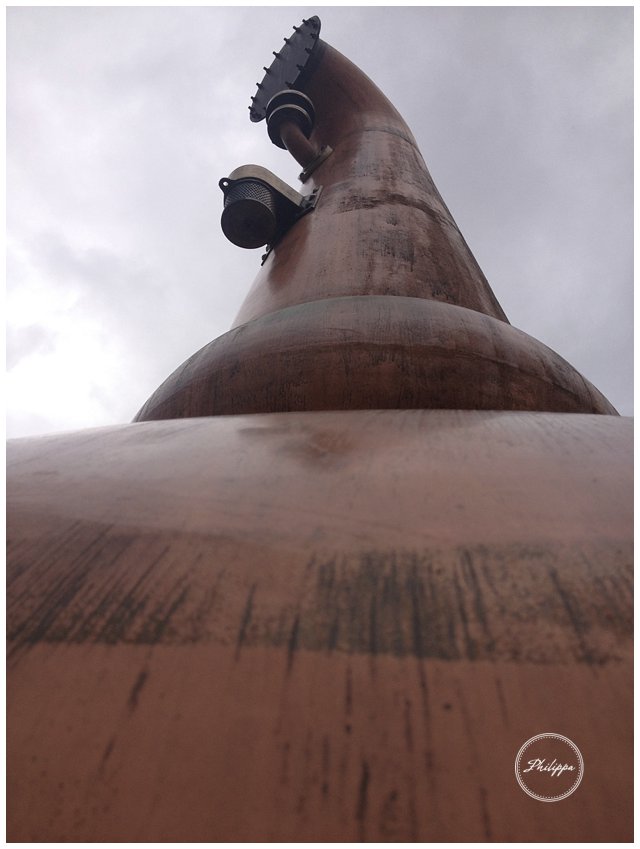 The spirit  is then poured into barrels and left to rest for a legal minimum of three years to be called whisky although most single malts are left for at least 8 – 10 years and others even longer.  The longer it is aged in the barrels the more mellow and complex the flavors become and of course the greater the price.  The barrels are usually second hand American bourbon ones , these are cheaper to get than other barrels as legally bourbon must be stored in a new barrel so there are lots of them.  Whisky can also be stored in other wood like sherry, Maderia or claret. 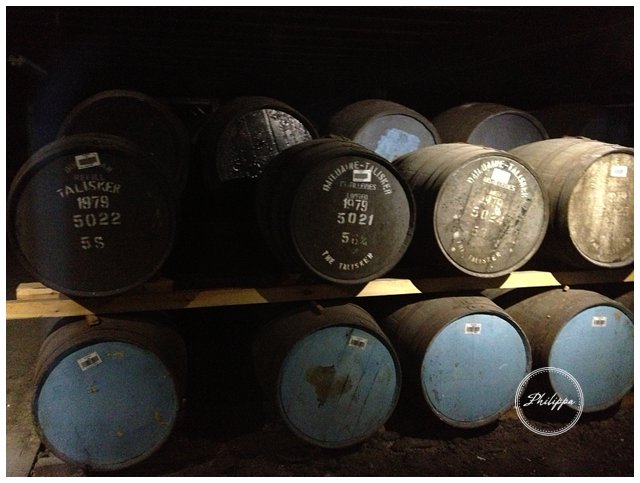 During storage in the earth floored locked warehouses, 1 – 2 % of the whisky is lost through the barrels by evaporation and this they call the “angels share” .  If you consider the amount of barrels aging whisky in Scotland at any given time thats one big continuous hangover for the angels.

I am going to give you a cocktail in honor of my new found deeper appreciation for whisky, try it before the summer is over to make the most of the juicy raspberries.  At great expense to my head I tried it with various whiskies and found the west coast peaty /smokey ones like Laphroig or Talikser went stunningly with the raspberries and mint.  I am anxious that Scotland may not let me back in if I start sloshing their single malts into cocktails but maybe I could persuade them if I made them one of my ‘Reach for the Skyes” 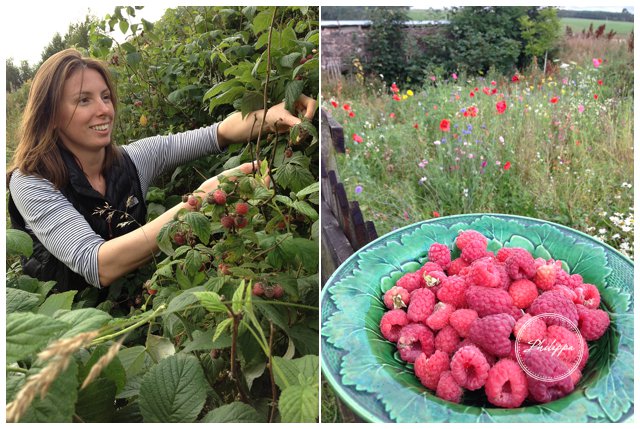 ”Reach for the Skye”

Heat the sugar and water in a saucepan until the sugar has dissolved. Leave to cool

juice of one lemon 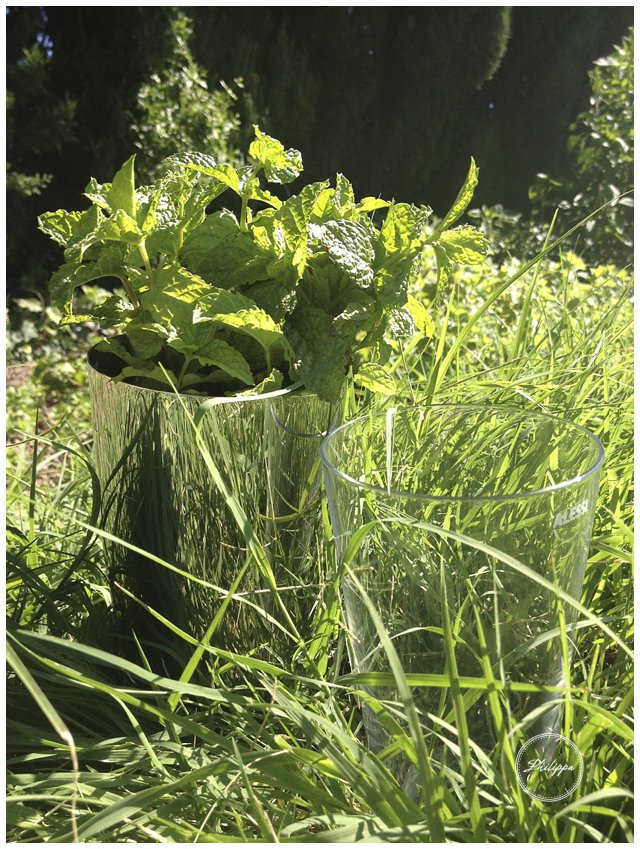 In a shaker  (I used a kilner jar) add the cooled sugar syrup, whisky, lemon and lime juice,  16 ripe raspberries  – or there abouts, 10 bruised mint leaves (rub then briefly between your hands) and 8 pieces of ice.  Close the lid and shake for at least 30 seconds.  The aim is to muddle the raspberries with the rest of the ingridiants to get a crimson liquid.  Pour over ice placed in your chosen drinking glass and add a few fresh raspberries and mint leaves to garnish. 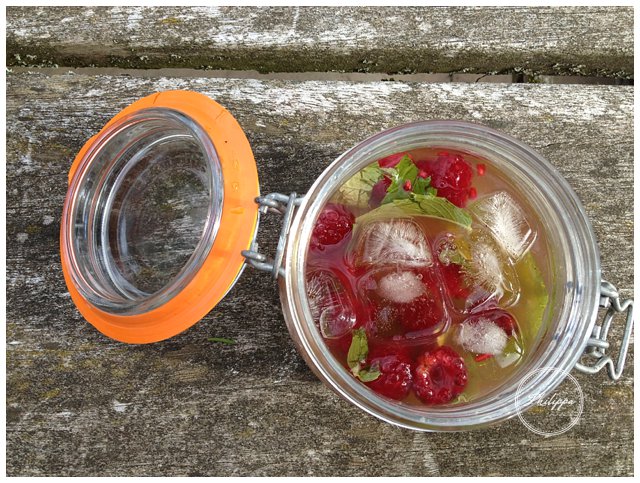 Well its back to work for me and I am heading to the  Languedoc Roussillon region for what promises to be a fun week of cooking…..