An overnight stay in Athens was swiftly followed by a few hours boat ride across the Aegean to the pretty island of Paros where the gleaming white washed buildings lay backdrop to the colourful myths, legends and modern day lives of the Greeks. The winding streets of the towns, so designed to make attacking pirates lives more difficult, were filled with cafes, boutiques, ouzerias and restaurants. I soon decided this was my kind of place. 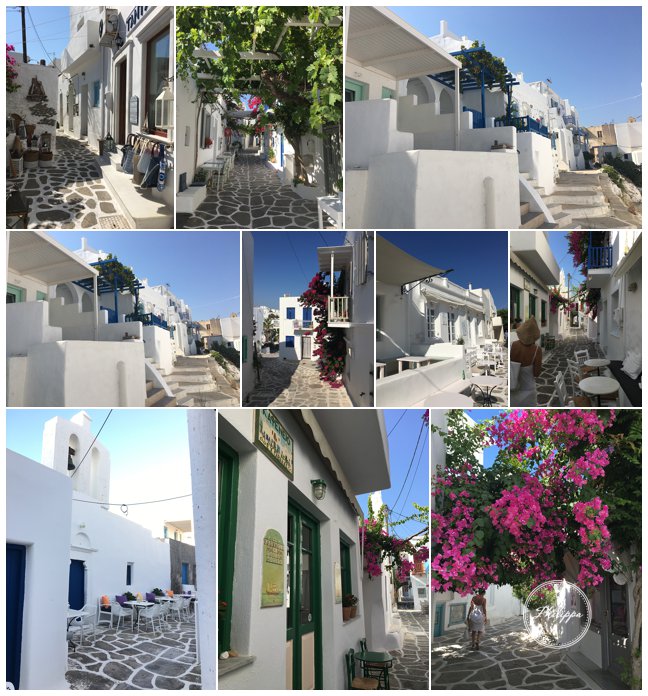 Our villa instantly filled with guests and I quickly got my first taste of Greek family life. They are similar to the French and Italians in terms of passion and excitement over food, the amusing uncontrollable urge to stir pots on the stove every time they walk by and the wonderful ability to discuss recipes at length. Even the children were overheard debating which their favourite dish of the week had been.   In my books however I have to currently admit the Greeks edge ahead with their friendliness. Firstly they do not look at you like you have just blasphemed every time you attempt to utter a few words of their language (the French, as much as I love them, have I am sure given most of us puzzled glaring looks when pronouncing words fractionally wrong then follow it with a mini lesson that they are never satisfied with the result in). Secondly, unlike the Italians (of whom I am also very fond) who fiercely defend their recipes and dictate that theirs is the best and only way to make a certain dish, the Greeks seem much more easy going and delighted and interested in their food culture being an inspiration for a new dish.

With the mercury easily hitting the 30°C each day but a delightful breeze keeping us all in a very pleasant state, food was light, summary and involved of course a lot of extra virgin Greek olive oil. 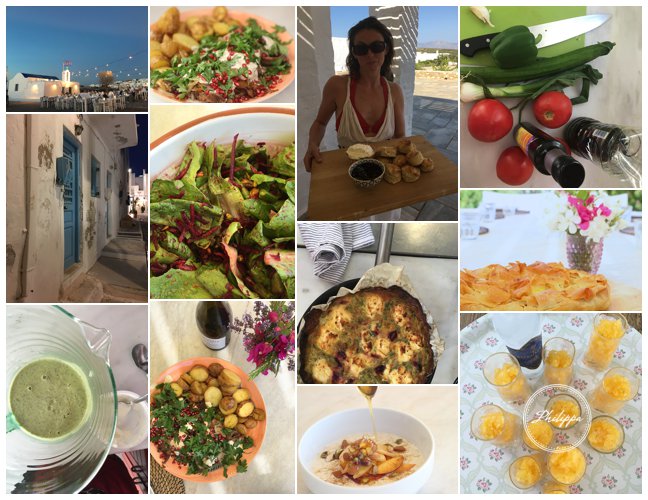 I instantly loved that shopping for fruit and vegetables was dictated by what was fresh, local and in season and it was very much one of those places here you go to the shop/market and then decide what to cook. There are permanent stalls/benches set up in the towns that farmers can just come and sell there produce at when they have it and some farmers shops that although are certainly more shi shi than a few old wooden crates by the side of the road still fully focus on what the very productive island has to offer. 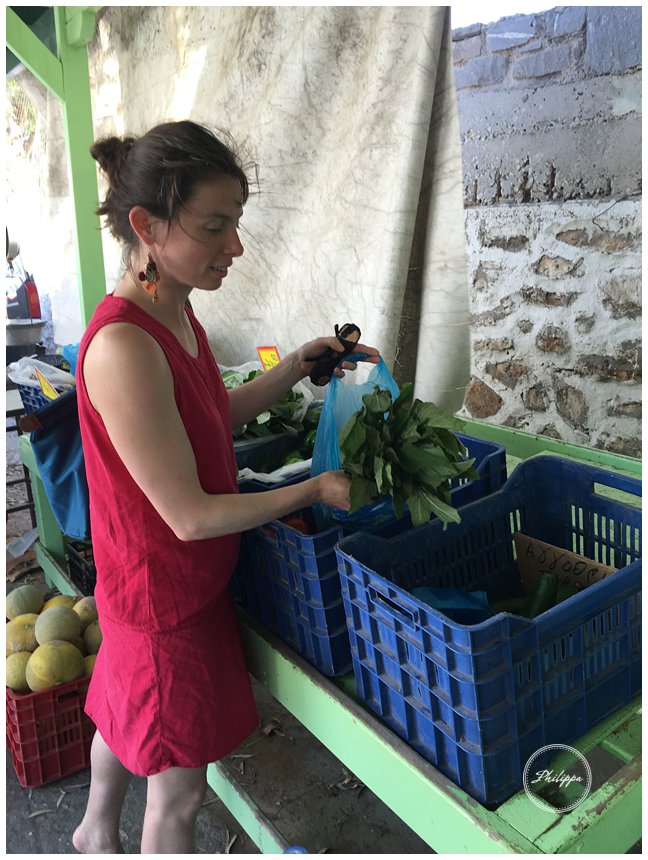 “ Ooh that’s brave, cooking lamb for the Greeks”, the hostess playfully told me as I splashed extra of the local excellent wine, Moraitis over the young legs of lamb and returned them to the oven.

Well too late now, I thought as suppertime shortly loomed. Again they were delighted with it loved that I had used local wine and the wild thyme and oregano that had been picked by the path that led down to the beach. 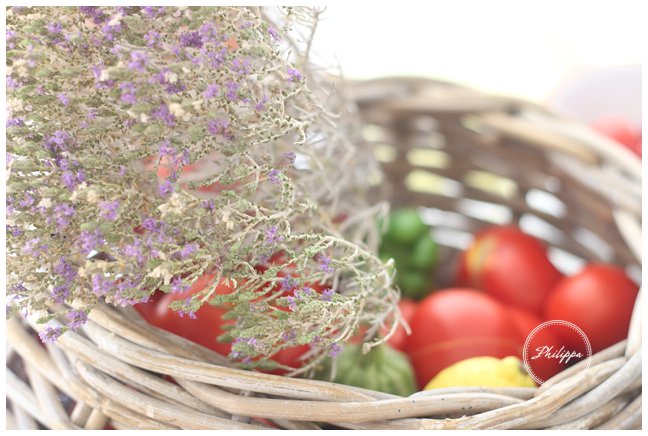 With encouragement from this and courage from a little outing with the group the night before for a pre dinner ouzo I decided it was time to have a go at my version of their practically national dish, Spanakopita (surely the name of the next bond girl)  this postcards recipe.

Having never been one to feel totally compelled to follow the well-trodden path I had been thinking of ways I could beneficially twist the dish.

Saffron and vlita became my answers. 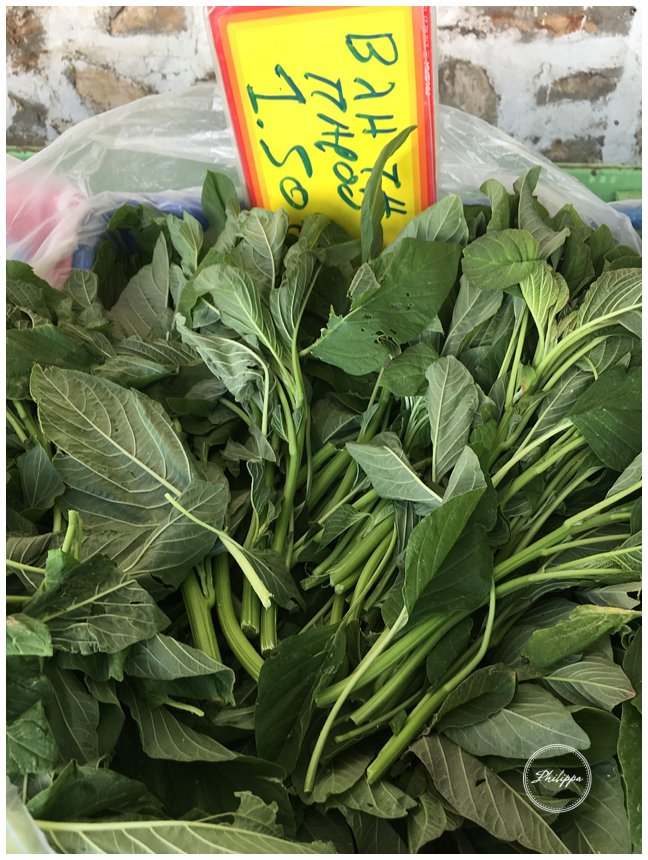 In the middle ages the charmingly named Essex town of Cheppinge Waldron became Englands epicentre for saffron and so great was its importance that the places’ name was changed to Saffron Waldron. Sadly with a puritan sway sweeping the land as we emerged from the Middle Ages, our tastes became plainer, the saffron use declined and so did the industry.

Legend has in ancient Greek that when the bold and ‘easy on the eye ‘ youth Crocus set his amorous heart of the nymph Smilax she indulged him in some frolics in a wood near Athens. Enjoyment, on her part at first, soon turned to boredom and when he continued to persist in bothering her she turned him into the flower ‘saffron crocus’ and still to this day the fiery glow of the stigmas reveals his smouldering but unrequited passions…or so the story goes.

The Mediterranean island of Santonrini has had discoveries of wall murals dating back a few thousand years BC of beautiful breast baring female saffron gathers that tells us of the exotic spices long history with this land. I cant imagine a similar dress code or look for the Middle Ages saffron pickers in Essex but then again perhaps it was dress down Fridays that sparked a puritanical turn in our ways. 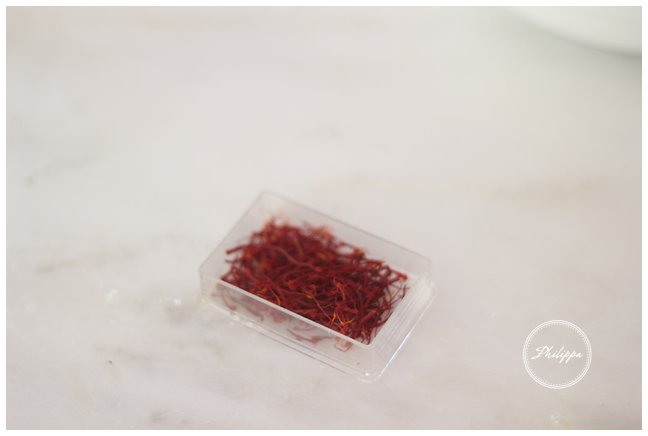 So on a bold Friday morning I made my big fat greek pie and presented it at the table. We sat down to lunch, slices were shared out and we began to eat.

Then the head of the table says;

“ That was the best spinach pie I have ever had”!

Inwardly I was thinking OMG are the woman going to throw plates/daggers/a wild cat ( there are quite a few here) at him?! Would this be the beginning of the end for me? Will this bring and end to the holiday harmony and bliss? …. 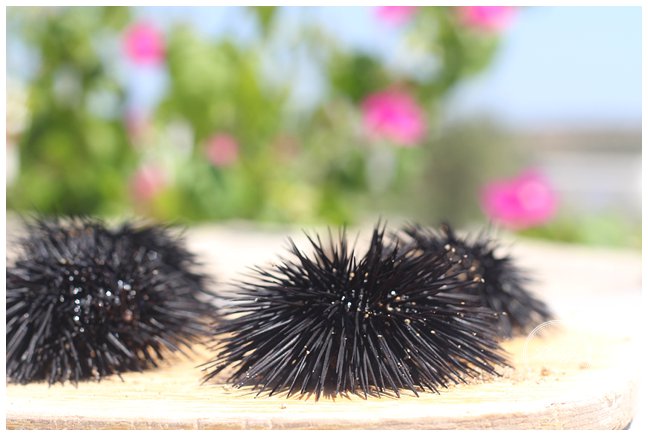 No of course not, more wine was poured, the laughter and chat levels rose, various methods, twists and recipe ideas were discussed and the party continued… 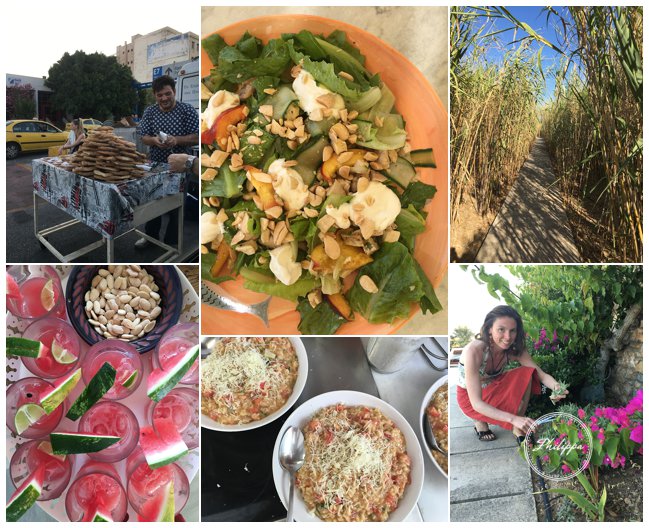 Every Greek Villa should have: poolside beanbag loungers and be within skipping distance to the Aegean. 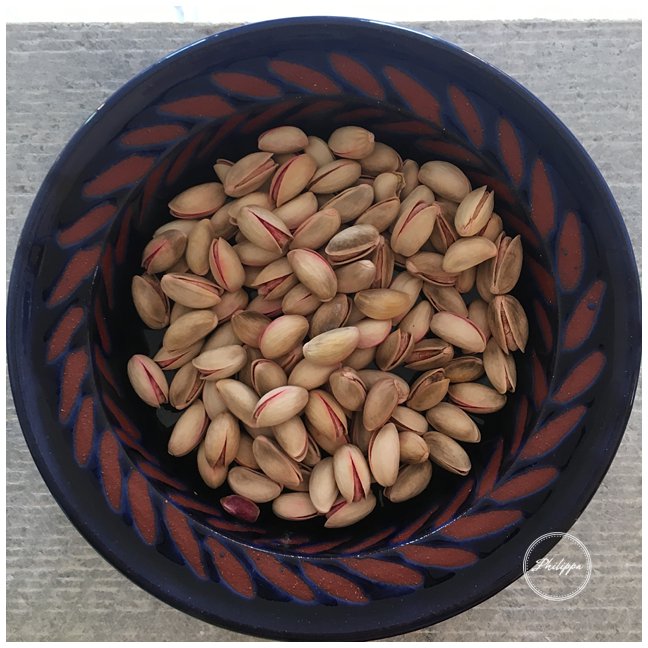 In the UK although the leaf vlita is not wildly available, it is a bit like a chard / spinach / nettle cross (but with out the sting), you will have seen its seed Amaranth in many food shops, a so called super food packed full of protein. 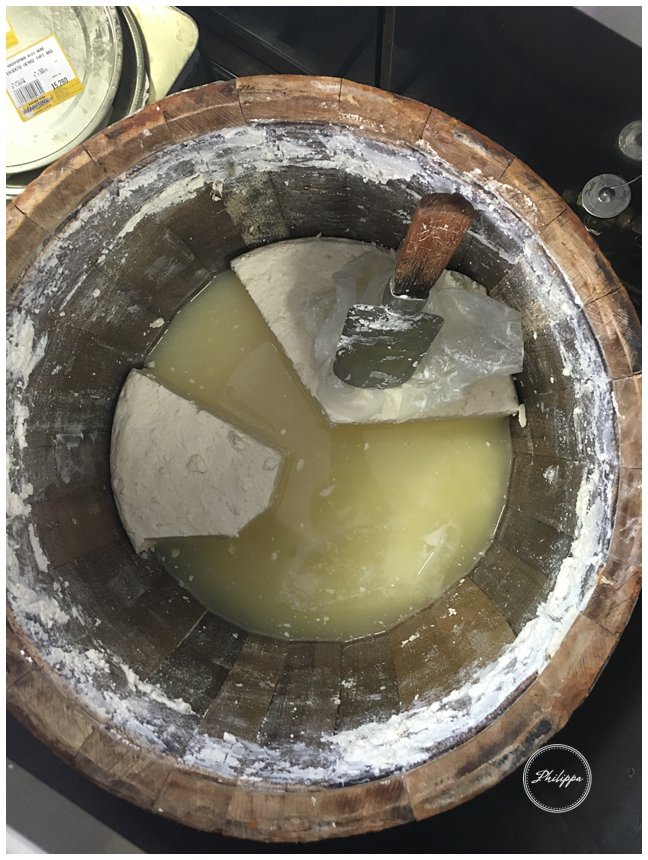 4 or 5 thick sheets of filo

1 1/2 tbs each of finely chopped parsley, mint and dill 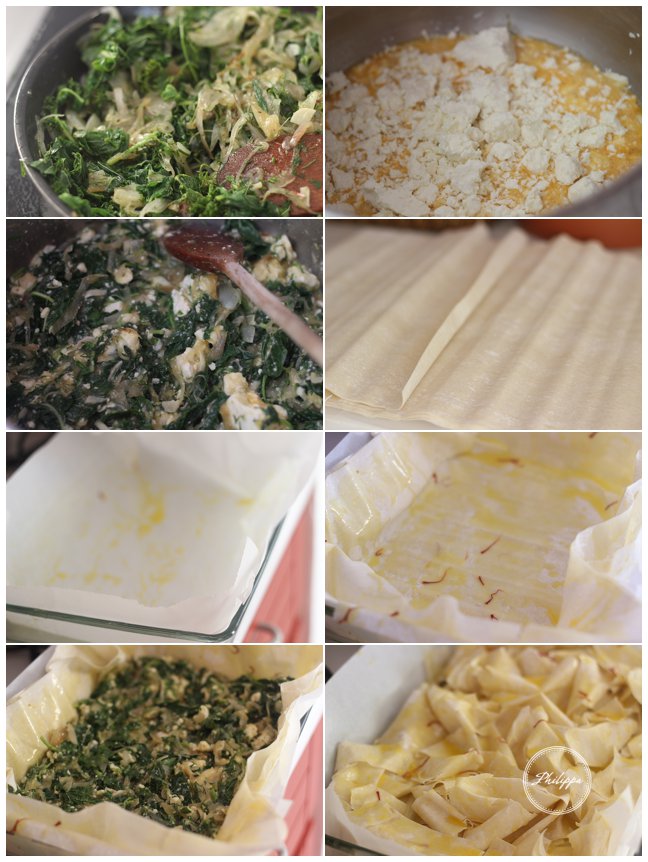 In a frying pan sauté the onions and garlic with the olive oil until softened and sweet.

In a bowl lightly beat the eggs, crumble in the cheese then add the herbs.

Add the cooked vlita to the egg mix and season with salt and pepper.

Brush a pie dish or baking tin of approx. 8” by 10” with the saffron butter.

Lay a sheet of filo down, it should come up over the sides and brush with butter.

Tip the filling in and level out.

Bake for 45mins to 1 hour, the pie should be golden.

Can be eaten warm or cold. 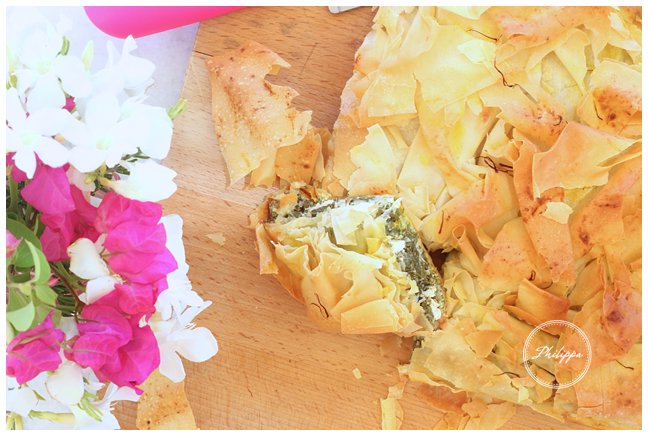 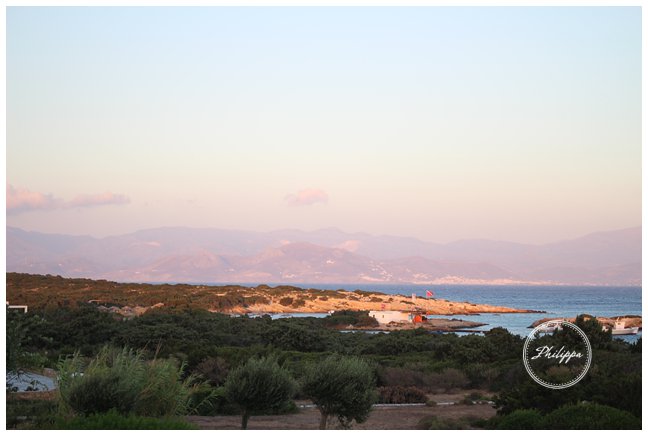