Diamonds are for… dinner.

With various Christmas parties to cook for in West London last week I was racing around town to some of my favourite food shops hunting and gathering the various delicious seasonal offerings currently available. 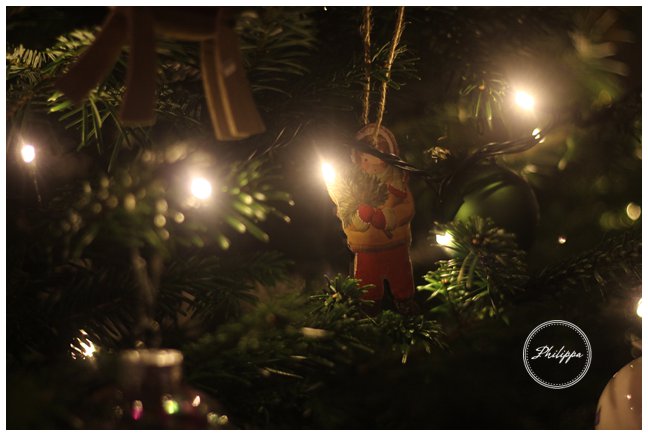 In Holland Park, besides the landmark butchers Lidgates and the impressive wine merchant and deli Jeroboams there is an excellent old school fruit and veg shop called Michanicou. Not only is their produce top notch but so to is the service. Outside and inside the shop there are towers of boxes and crates stuffed with beautiful ingredients. The routine is you go in, stand in the middle and spiel out your order, the numerous staff then leap round the shop selecting it for you whilst engaging in shop keeper banter – this time it was mostly at my expense as we all tried to decipher my shopping list. 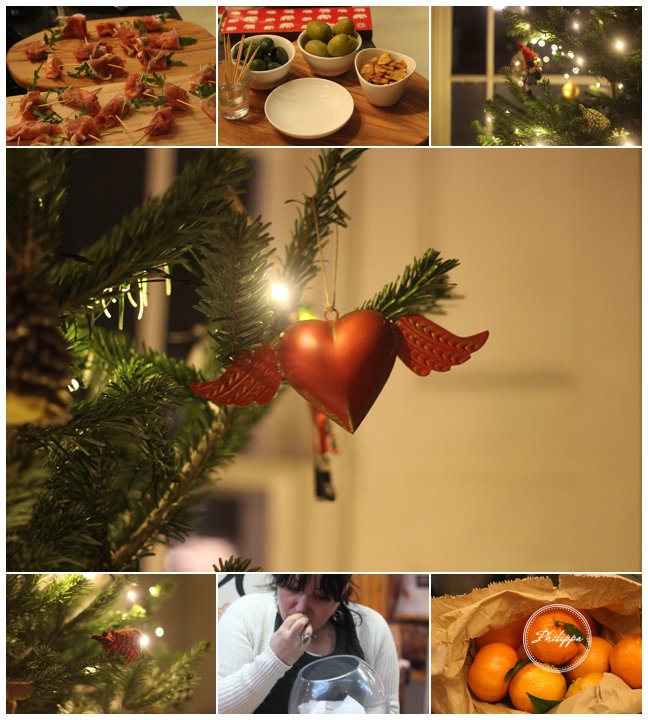 On the spare inch of wall without actual produce I noticed a sign that announced they could source white truffles upon request. “Mmmmmm”, I thought.

Having asked a few questions as to how the season was going (a little late this year) , how much I would need to order one in advance they proudly told me how they sometimes store them overnight in their elevenses biscuit tin.   From various taste tests they informed me that although truffle infused shortbread is delicious, Garibaldis were frankly just weird (good to know). 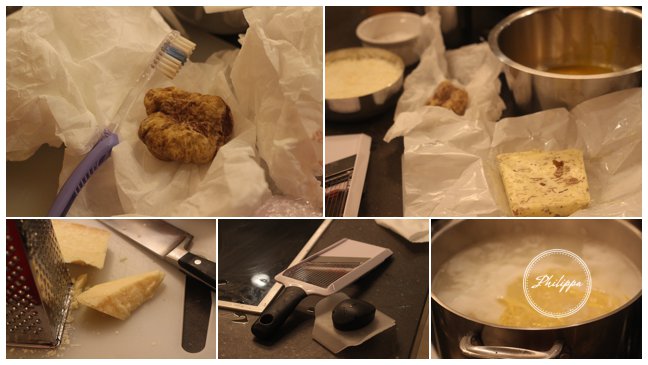 White Truffles, known affectionately as diamonds of the kitchen are highly prized. They are generally available between October and December/January.

As cultivation is generally not successful the wild treasure has to be foraged. Sometimes done with female pigs (the scent apparently similar to the male pigs pheromone) but more often with well-trained dogs as they cause less destruction to the habitat, are less likely to scoff the truffle and of course are easier to pop in the back of the car. The hunters go out in dark and secretive early hours of the morning, often taking elaborate routes so as not to be followed. 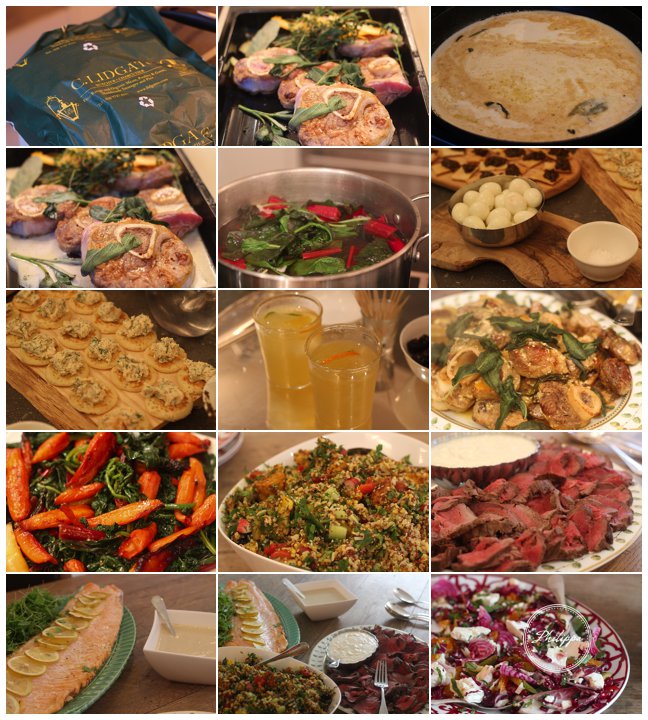 When I got a thumbs up from my client that white truffle should indeed be on the menu I was on the other side of town so decided to pay Tartufaia in Borough Market a visit. I love buying food (and shoes) from the Italians. Unlike the French whom as much as I love and respect can make you feel like you really don’t know anything, the Italians are more than happy to indulge in answering all your questions. 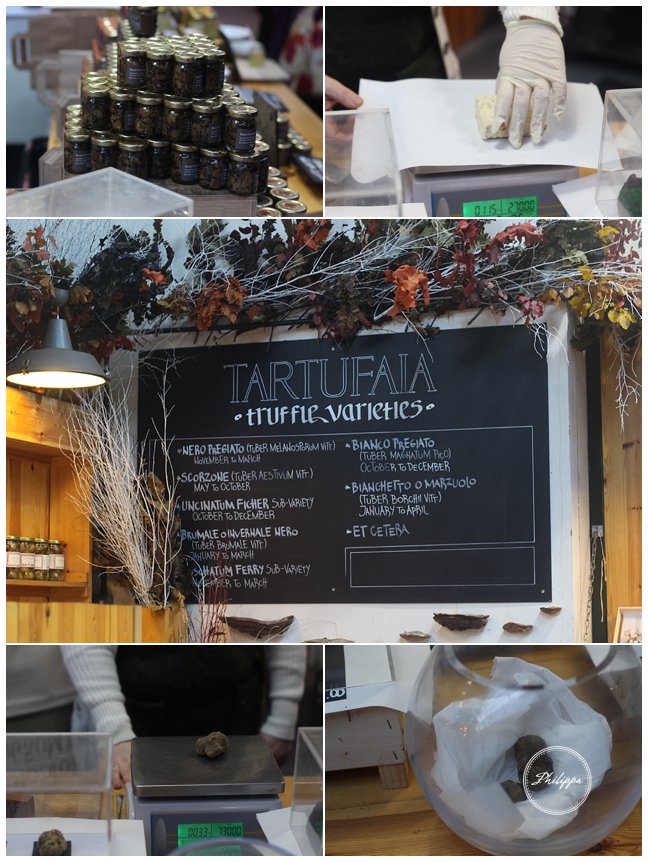 We opened the jars and sniffed , we chatted and went through what I wanted to do with my truffle, we debated and discussed what I should and shouldn’t add and both nearly had watery eyes of joy as we discussed just how special these fruiting bodies of subterranean tuber fungus are. 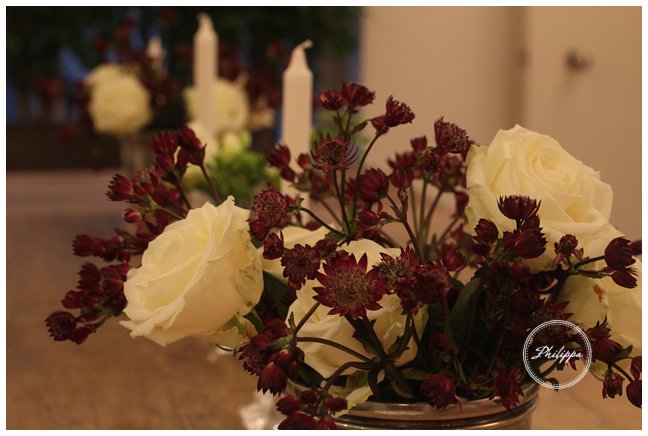 Points of note I learnt were:

Never store in rice as it will dry them out (store lightly wrapped in kitchen paper in the fridge.

They will last up to two weeks from being dug out of the earth – but the sooner eaten the better.

Although most famously the white ones are from Alba in the Piedmont area of Northern Italy they can also be sniffed out in other places like Emilia Romagna, Tuscany , Croatia and Slovenia.

Once we had finished our natter over the truffle (and had I paid) I excitedly headed back to West London to start the preparations for that night’s party. The menu read as follows

It was a great joy to serve steaming bowls of hot pasta with lashings of white truffle shavings on top and to see the delight of guests as they were bought to the table.

The next day the house was reset and ready to welcome 20 ladies for lunch and then it was time to pack my bags, don my country coat and head West.

Every home should have: a mandolin

I am delighted to contribute to the wonderful Yapp Brothers wine merchants a Christmas food and wine matching piece.

Taglierini with white truffle and butter. 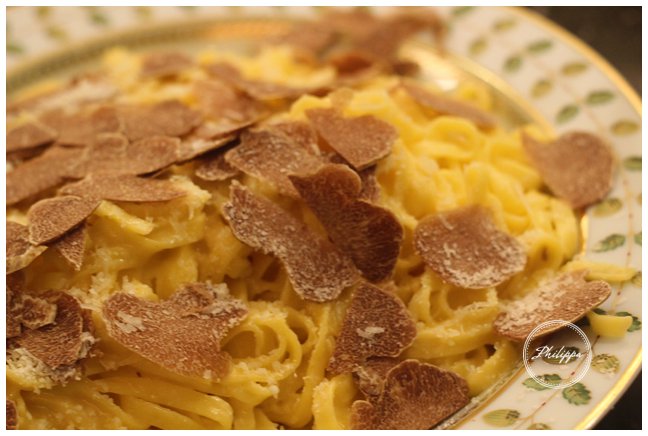 This is not so much of a recipe as an instruction.

If serving truffle as a starter you want about 5 g each, make sure you have a truffle slicer or mandolin ( I had to visit 3 cook shops in W11 before I could find somewhere where they hadn’t sold out) to get the perfect thin slices.

Don’t be tempted to add parsley to the dish. Just don’t.

Prep the truffle by brushing any dirt of with a slightly damp new toothbrush.

Cook the fresh egg pasta in a large pan of salted boiling water then drain (reserving some of the water).

Whisk a splash of hot pasta water with the yolk then add the Paremsan, toss through the butter and pasta.

Pile onto a warm serving bowl or share between warm starter plates then immediately shave over the truffle in very thin slices.

Next postcard from a pheasant shoot weekend in Herefordshire…