This week, in order not to feel I was mindlessly cooking and gobbling lobster after lobster I have taken the time to learn a little more about this delicious crustacean. 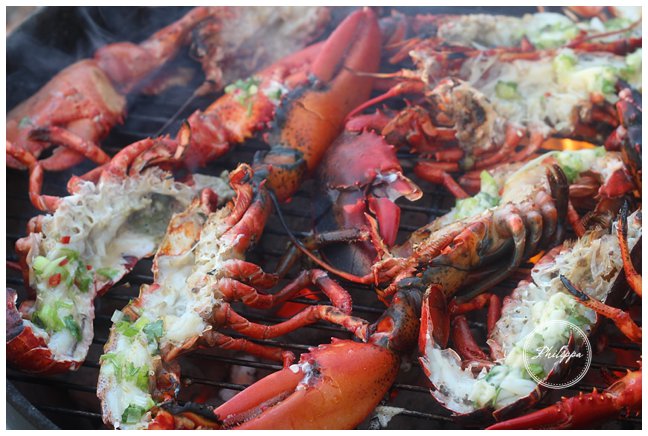 Theoretically, a lobster can live forever. They have an enzyme called telomerase, which prevents the DNA from becoming damaged as it replicates – for us mere humans it is the shortening of the DNA strands that is thought to age us. What can however pluck the lobsters from their mortal coil are disease and various predators, including me. 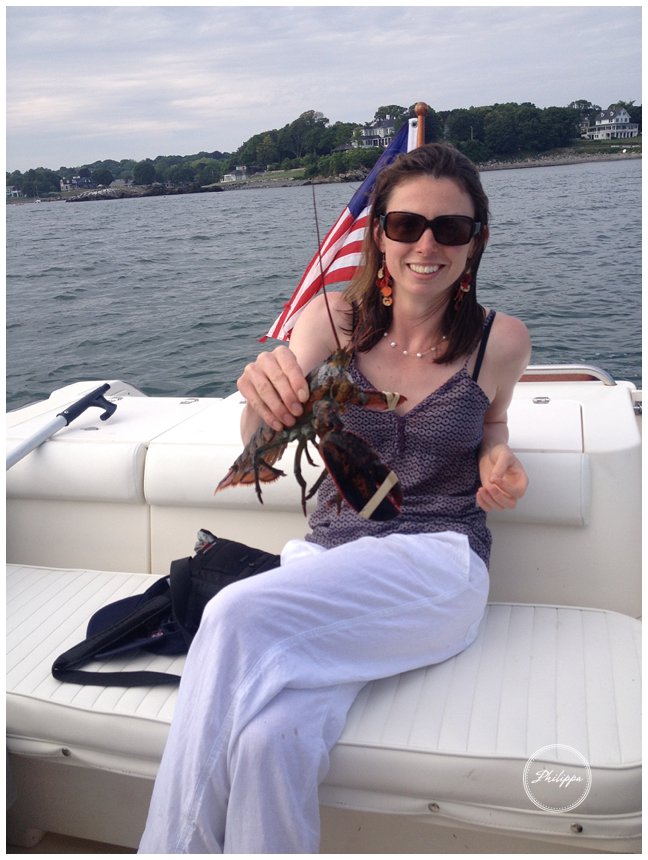 In order to grow a lobster has to molt its shell. In the first year they do this about 40 times, the second year about four times, the third and forth years about two or three times and in the forth to sixth years about once a year. Once they reach age 7, which is roughly when they will be big enough to be eaten they usually molt once every two or three years. For Maine lobster it is about now in the year that they decide to do this. 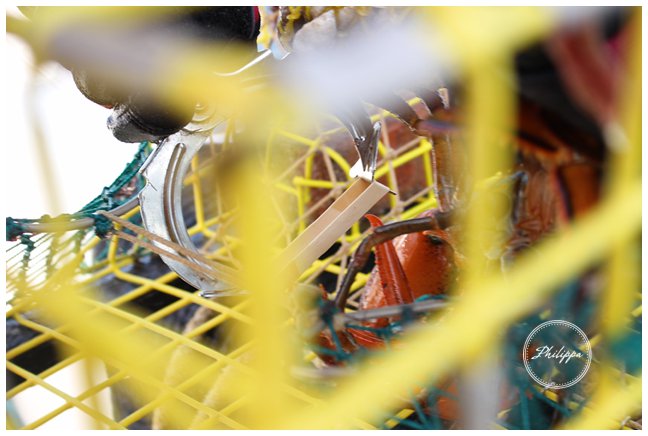 The lobster sheds its shell then puffs itself up with water to stretch the new softer shell that was underneath until that too hardens. For eating purposes I think it is best to avoid these softer shell lobsters as although easier to get the meat out it can be quite watery and the yield much lower, particularly in the claws.   On a side note, a lobster who has lost one claw is called a cull and for the poor things that have lost both they are called a pistol. 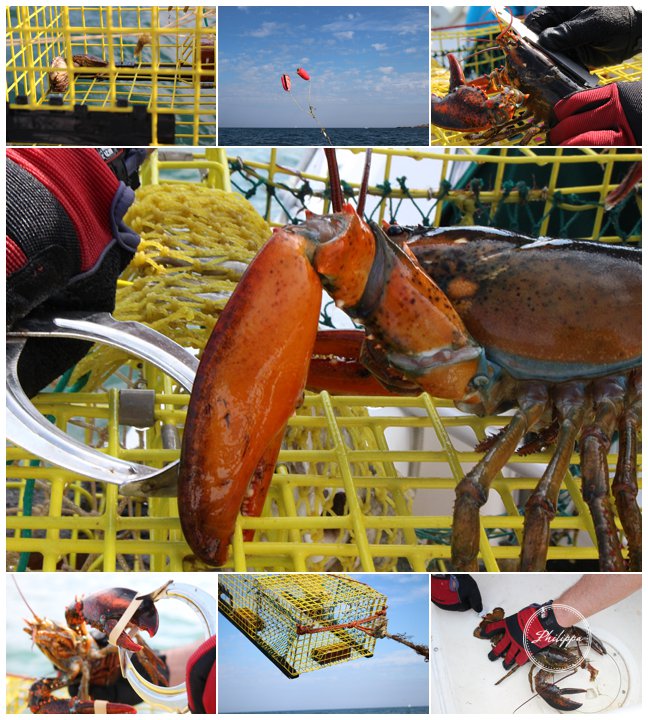 When catching lobsters in your own pots there are strict rules about what you can keep and what you must release. Size is important. It must be between 3 ¼ inches and 5 inches from the extreme rear of the eye socket to the end of the carapace – which is the head section of the shell. You are forbidden to take a female if she is baring eggs or if she has a notch in her tail. The fishing area around Main have introduced a system where if you find a female that produces eggs but otherwise would have been ok to take, you put a notch in its tale to the right of the middle flipper. This will be noticeable for a couple of years and stop others from taking the egg producing lobster even if it doesn’t have any at the time of catch. 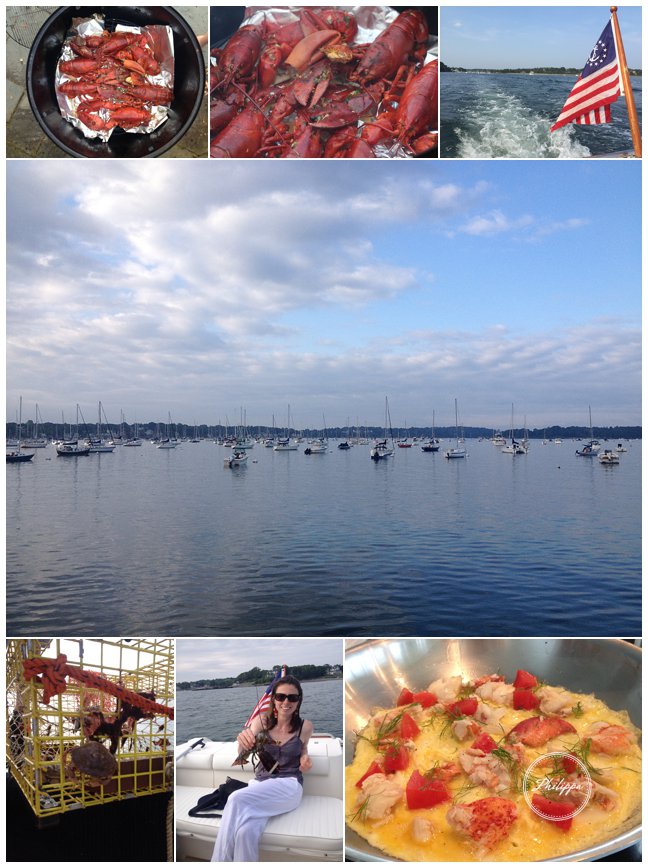 From a chefs and diners perspective it is amazing to cook and eat so many lobsters in a short time span and totally get to grip with cooking times and preferred methods of preparation. I have given you a few recipes and methods below after this postcard recipe for when you next want to indulge in a lobster fix.

Besides the luxury of having an endless supply of lobster and getting the chance to cook it in every which way, my highlight of the week was …catching my first fish.

I will try not to embellish the story and let writers’ creativity move it too far from the truth but it was far more exciting than predicted. 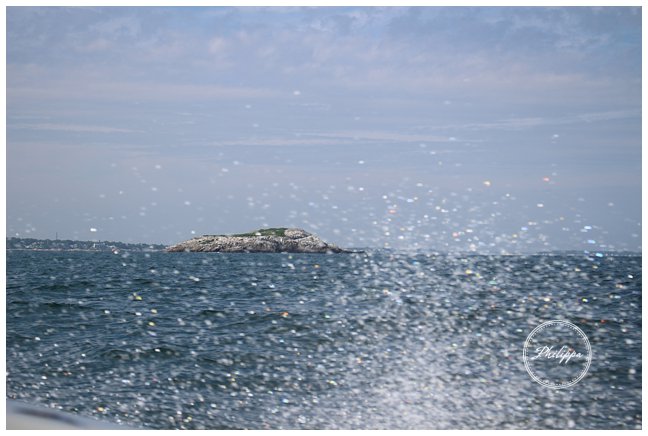 Our early morning start (by 5:30 am we had our backs to the shore) was soon followed by a lecture, but not in boat safety or tips on how to cast. No. I had once again made the mistake of joshing with a fisherman that I couldn’t quite see what would be fun about fishing that and that I suspected  a fishing boat was basically  a floating ‘man shed’.  Luckily the lecture was short and took mostly the form of just you just wait and see. I think this was due to the fact neither of us had had our morning coffee fix. 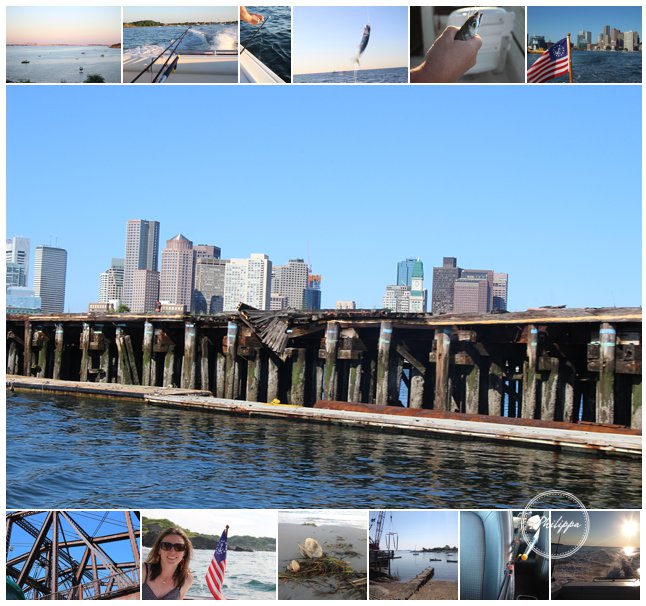 Traveling at a certain number of knots over a certain distance of nautical miles ( ok I clearly didn’t listen properly to that bit) we eventually stopped the boat and prepared to fish. Our aim was to catch some mackerel to use as bait to catch some striped bass – large silvery fleshsy white fish that are rather popular around the US of A’s East coast. 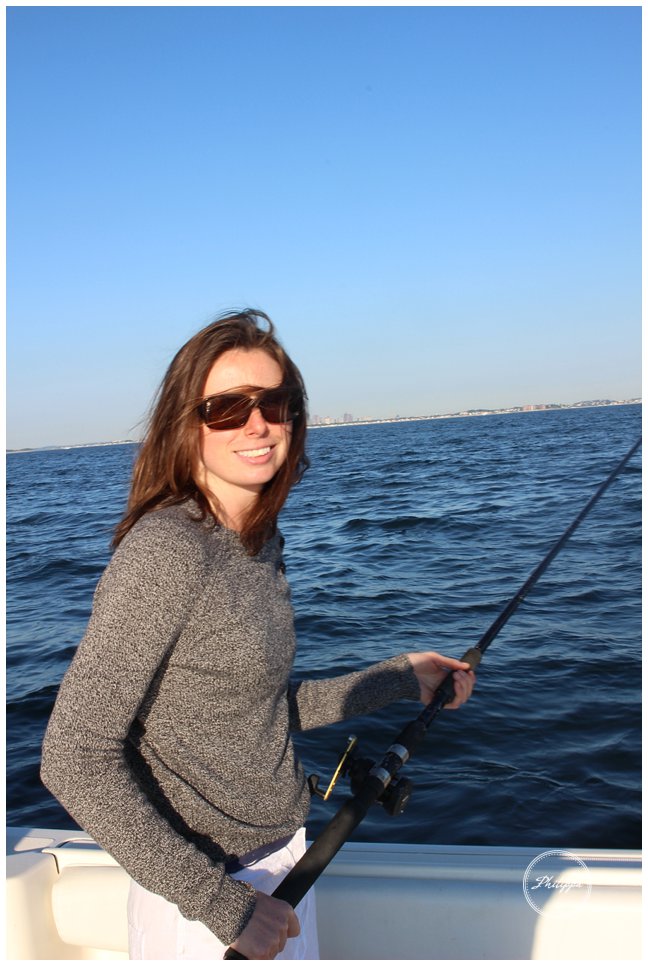 To catch the mackerel you dangle a line into the water dotted with bright lures and consistently sharply pull it up and then let it sink so it catches the mackerel’s eye.   I did this for about 10 minutes to no effect thinking well at least it was kind of a work out but then found myself gradually becoming transfixed by the waves, the sound of the water and continual motion of my surroundings.   I still hadn’t caught anything after 15 minutes but curiously noticed my involuntary reluctance at handing over the line.   My fishing partner caught one in about 5 minutes, which made me even more determined to take back the line and get one.

I shorty did and then riding on the high caught another two at once. Total pro I know ! 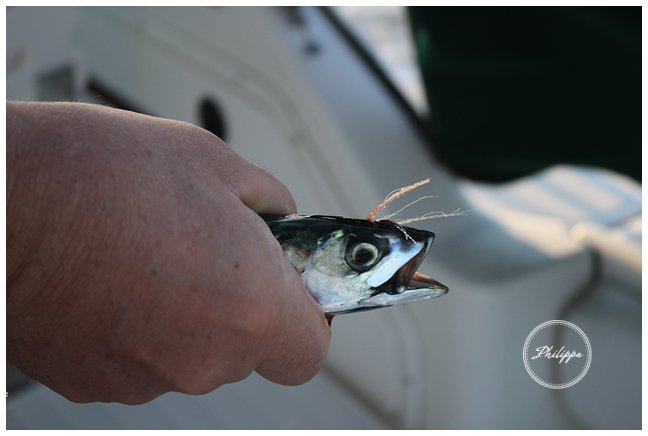 The mackerel were kept alive and hooked up to a bigger rod, which we floated out to sea to try and lure a striped bass on to. I could tell you how within the first 10 minutes we both caught impressive three feet fish and which would have fed the North End of Boston but I would be lying. We watched the lines bob up and down for about an hour then as there were no takers packed up and went home. Anticlimactic? Not in the slightest, there is something incredible about being out on the sea early in the morning; very peaceful yet demanding and I can at least feel myself getting hooked.

The lobsters are now partying as my bags are packed and I am heading to Logan airport to hop back across the pond.   For this postcard recipe I give you the brioche recipe I used for making that East Coast traditional sensation: lobster sandwich. 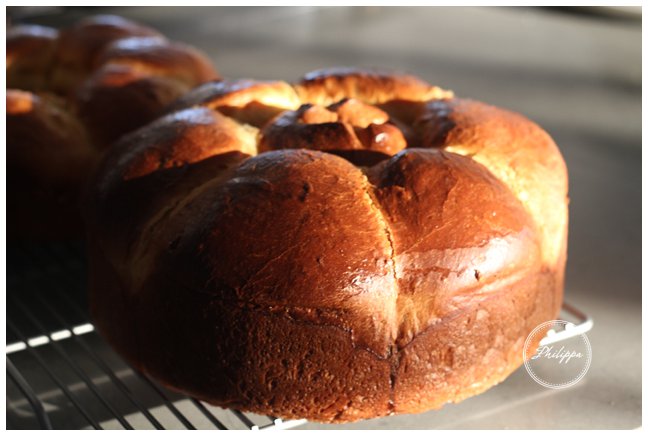 The Field Magazine: have published my article on top shooting salads and recipes for what to do with this season’s grouse.

Definitely not one of my quicker recipes but I admit I am kind of obsessed with making it now I have mastered the perfect sugar / butter ratio in the mix.

by hand if you don’t mind getting sticky and messy.

Also it was pleasantly hot in the States, so if making it somewhere cooler your

resting and rising times may be longer. 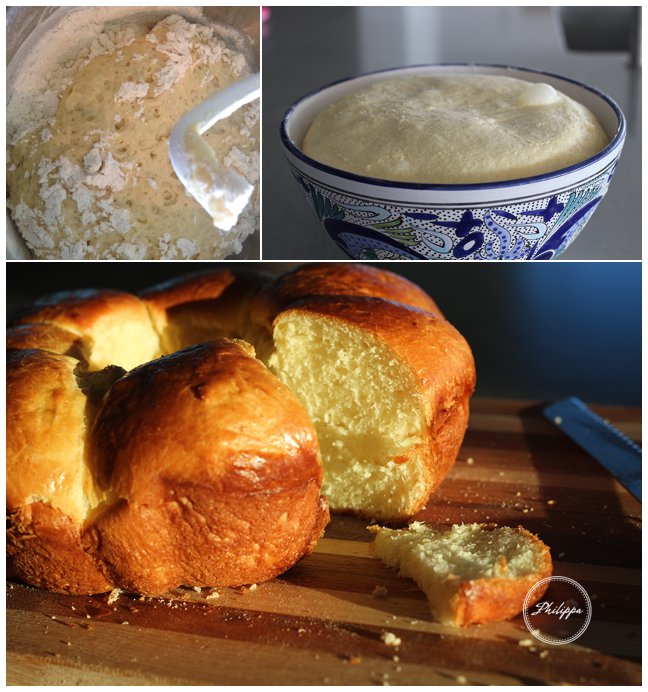 Put the milk, yeast, egg and 250g of the flour in the mixers bowl, turn on to a

a wooden spoon if it looks like it will be easier ).

Leave at room temperature for 1 hour, it should be at least doubled in size and

the coating of flour cracked.

Grate the butter with a cheese grater on the large side then leave out to soften.

Once ready add the sugar, salt, eggs, and 200g of the flour to the sponge.

Let it come together then add the rest of the flour.

Turn up to a medium speed and mix for 10 mins.

wrap itself up the dough hook.

and give it a helping hand.

The dough should be shiny, and feel quite moist in comparison to a basic bread dough.

Place the dough in a large buttered bowl and leave to rise at room temperature for 2 – 3 hours – it should double in size.

After this rise knock the dough back, form into a ball in the buttered bowl. Cover with cling film and place in the fridge for 6 hours.

By then it should have risen again and is now ready for its final rising and baking.

Shape the dough into loaves – you can make a regular loaf or make 6 balls placed side by side in two rows depending what you want.   It will be just over double in size when baked so choose the appropriate pan/ tin.

Leave at room temperature, covered loosely with some buttered cling film for two hours till doubled in size.

Pre heat the oven to 190°C place a baking rack near the bottom of the oven and a baking sheet at the top (this will help the loaf not take on too much color).

Mix the egg and milk for the glaze together.

When risen and ready brush the loaf with the glaze and bake for 30 mins. On the bottom rack.

Once cooked leave to cool for 5 mins then remove from tin.

Delicious warm/ cold / as is /toasted and especially good when used for a lobster sandwich. 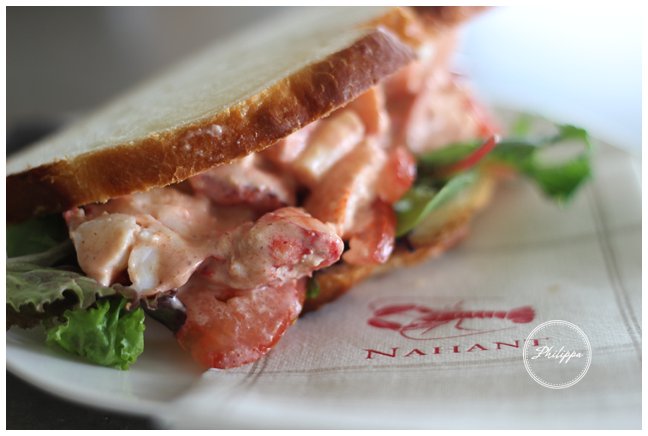 Do NOT over cook your lobster – it becomes rubbery.

DO keep the shells it makes the most amazing stock

To boil a lobster;

Fill a large pot with water, bring to the boil and then add a good dash of fine sea salt.

Add your live lobster then place on the lid. Cook in small batches so the water comes quickly back to the boil.

A 1 ½ lb lobster needs to cook only for 10 mins, It will have turned a lovely shade of red and the meat will still be moist. Leave to rest for a couple of minutes before serving as it will carry on cooking and be perfect.

This is my favourite way to prepare and eat them.

Plunge them live into boiling water for 3 – 4 mins – you just want to kill them.

Pre heat your smoker to 200F

Cut up the top of the lobster tail with a pair of scissors and put some cracks in the claws.

Stuff with a few spoonful’s of butter studded with chilli and coriander or garlic and parsley.

Lay some foil on the racks in the smoker and place your butter-stuffed lobsters in there. Add some wood chips to the coals (I like using apple wood for this task as it is mild enough not to mask the flavour but still adds that smoky wonder.)

Smoke for 40 mins. Serve with any buttery lobster juice caught on the foil poured back over the lobster.

The shell contains an amazing amount of flavour and should never be just chucked away. Place them in a large pot filed with cold water and bring to a boil, turn down and simmer for 40 mins then strain.

Reduce this to get your intense lobster stock. NOTE if you boil the stock with the shells in for too long it becomes bitter.

To BBQ ; get your BBQ to a high to medium heat and make sure the grills are clean. Prepare a flavoured butter such as chilli and lime or garlic and parsley.

Crack the live lobster in half by cutting down through the shell head first then along the tail – they do not feel pain in the same way we do so try not to feel bad while it gives you the evil eye.

Remove the claws and place them on the BBQ for 4 – 5 mins then place the split tail on flesh side down and cook for 3 mins each side. It will go translucent each side.