The battle of the plums..

Before I tell you about the battle of the plums I am delighted to announce the completion of my first short cooking video for The Field magazine, which can be viewed by clicking the link below.

The video was done with the expertise of the wildly talented, energised and patient film maker

And now for the plums….

It was hard to resist the temptation to pull over every five minutes to take photos of the magnificent Scottish landscape on my drive through Stirlingshire. With an unfamiliar kitchen to conquer and a lunch to get on the table I resisted, well mostly…. 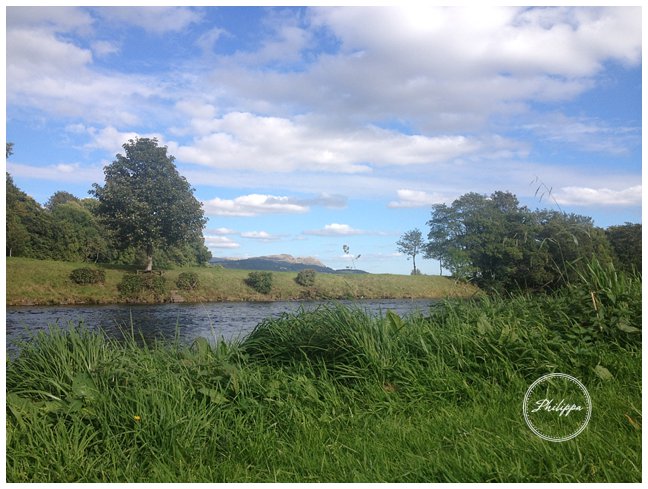 I soon learnt there were lots of exciting elements to this job, a freezer full of locally shot game, a beautiful walled garden containing lots of produce and a fantastic ice cream machine that was 32 years old. Being of the same vintage we bonded instantly. 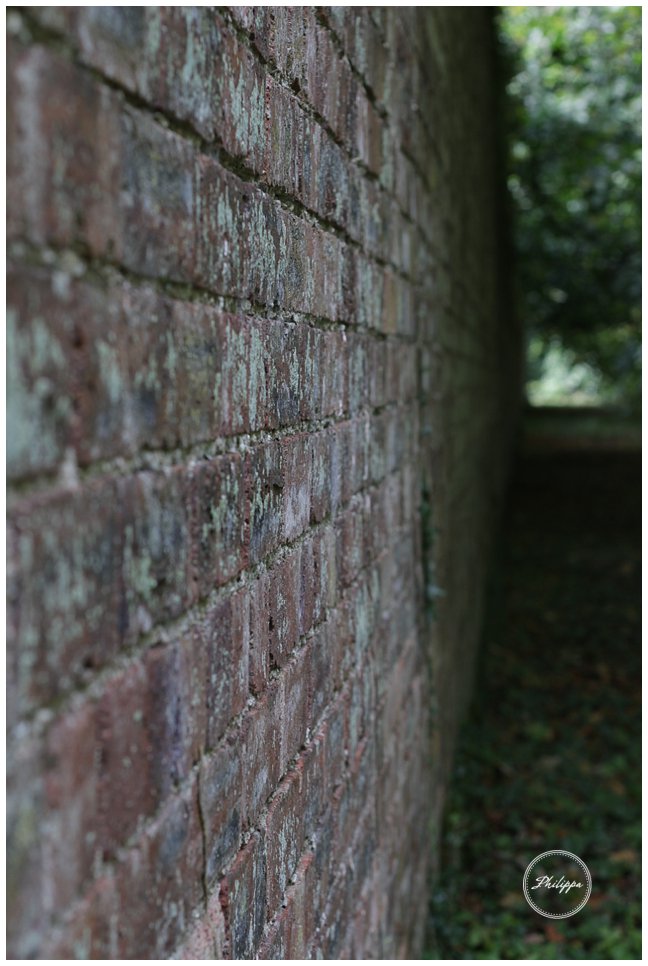 If you read my last postcard you will know that I had just been in Toulouse where there was also a garden full of produce. What I might not have emphasized was I had almost become obsessed with the impossible task of making use of all the plums. Every time I went outside I would spot another plum tree laden with fruit, I would take a deep breath scramble up a ladder then diligently pick as much as I could and turn it into something. So it was with mixed delight when in Scotland the first thing I saw in the garden was this… 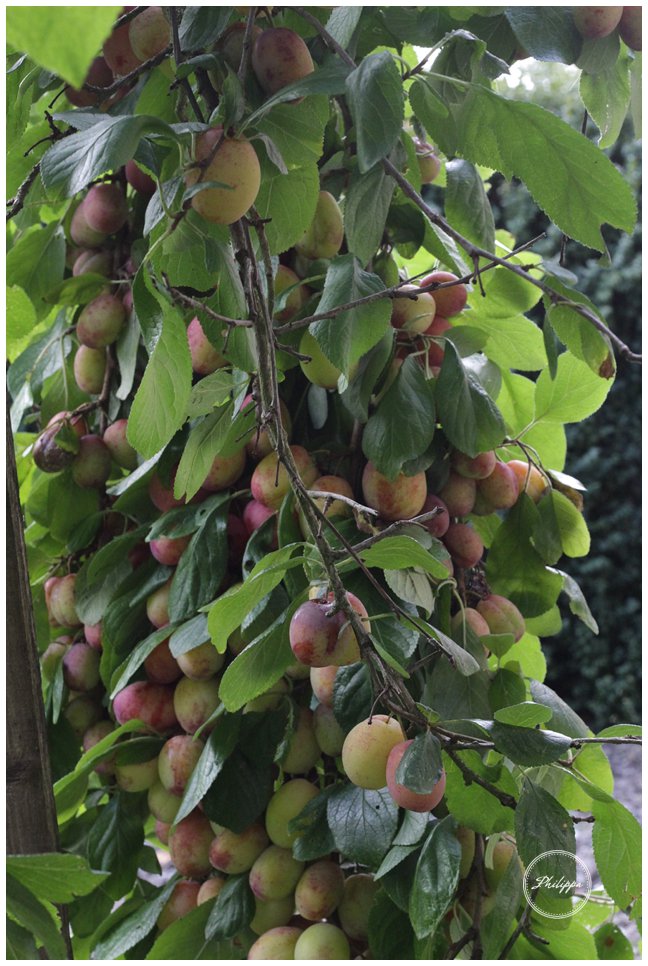 With that many plums, one of us is going to break I thought before I got distracted by the charms of the rest of the garden. 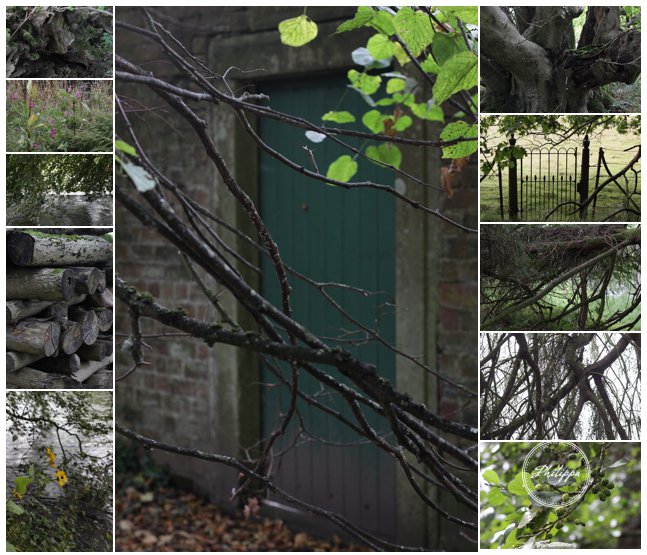 As you can imagine the week’s menu did have numerous appearances of plums but luckily the family and guests were also quite happy simply eating out of a constantly over flowing bowl so I resisted the need to slip plums into every dish. 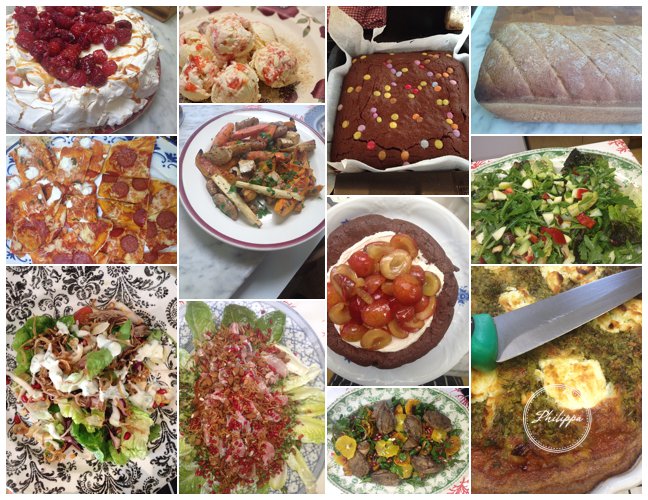 This week’s postcard had to be a plum recipe and with the help of the impressive vintage ice-cream machine I give you my plum and meringue ice cream. 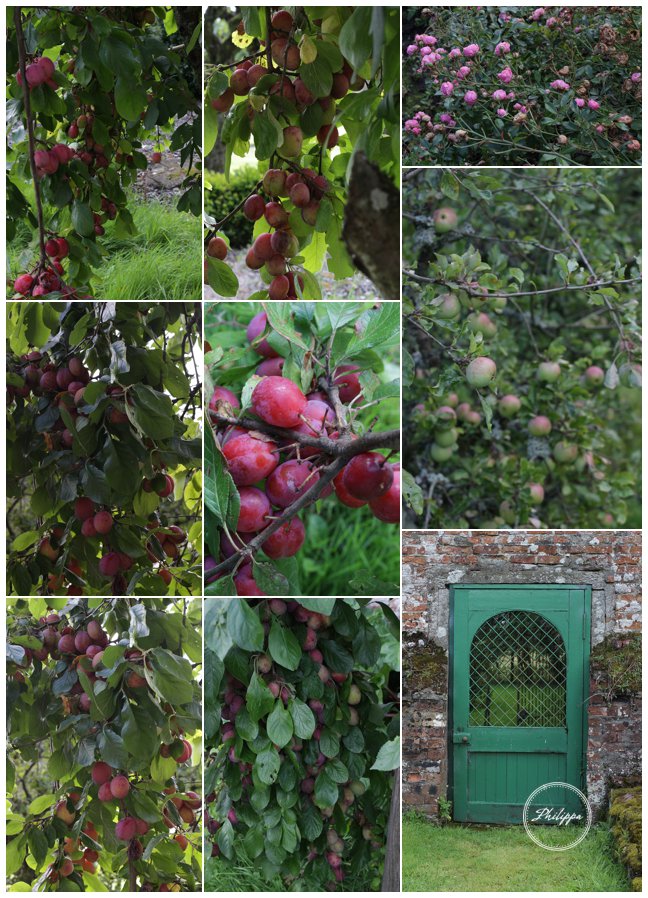 I am now in Dublin for 72 hours shore leave then I weigh anchor and set sail, well jump on a plane really, and head to Perpignan  in Southern France.

Plums picked: I can’t even think about it.

Spaniels at my feet: 2

Every home should have: a dinner gong 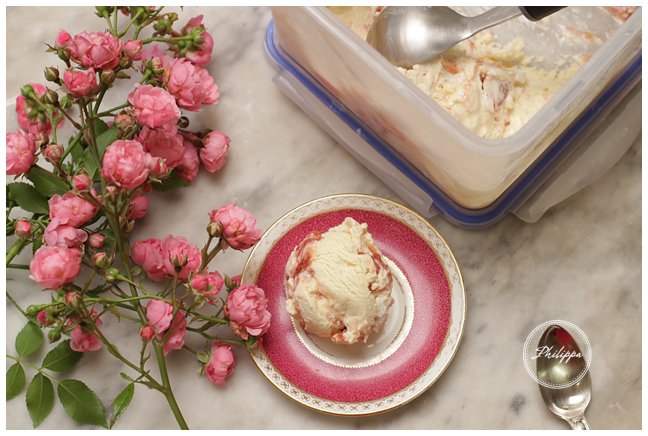 I love putting crushed meringue through ice cream as its obviously delicious and encourages you to use up the egg whites straight away.

Pre heat the oven to 110° C and line a flat tray with non-stick parchment.

Caster sugar (Twice the volume of the egg whites)

In an electric mixer whisk all the whites on high speed with half the volume of sugar.

Once it has become stiff start adding the rest of the sugar in 3 stages over 10 minutes.

Once all the sugar has been added whisk for a further 5 minutes.

Spoon out onto a tray so it is roughly 5 cm thick and bake for 2 – 2 ½ hours or until the bottom is firm.

Once cooked take out and leave to cool 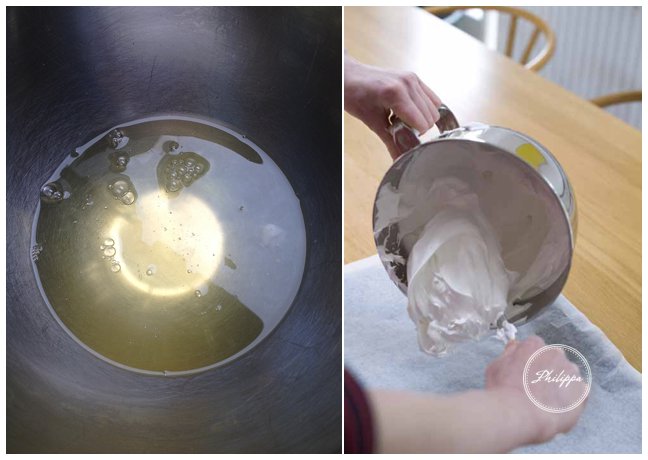 For the plum swirl

400g plums cut in half and the stone taken out. 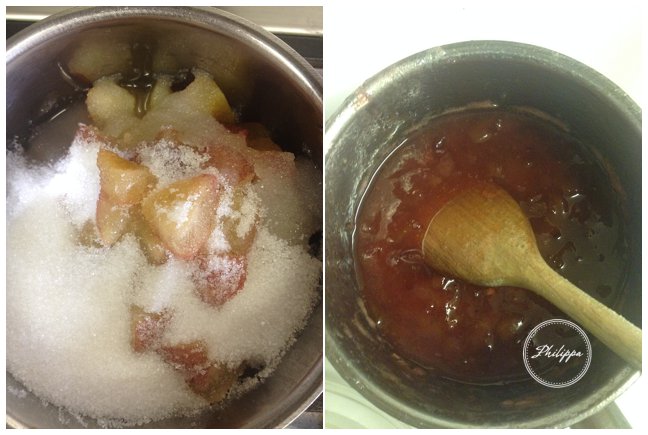 ½ teaspoon (no more as it is too dominating) ground cinnamon

1 vanilla pod split in half

Meanwhile in a saucepan bring the cream, milk, spices and vanilla so it just reaches boiling point,

This should be enough to thicken and cook the mixture but if it hasn’t return the mix to the saucepan and slowly continue to cook stirring the whole time with a spatula.

Once it is thick enough to coat the back of the spatula take it off the heat and poor into a bowl to cool. 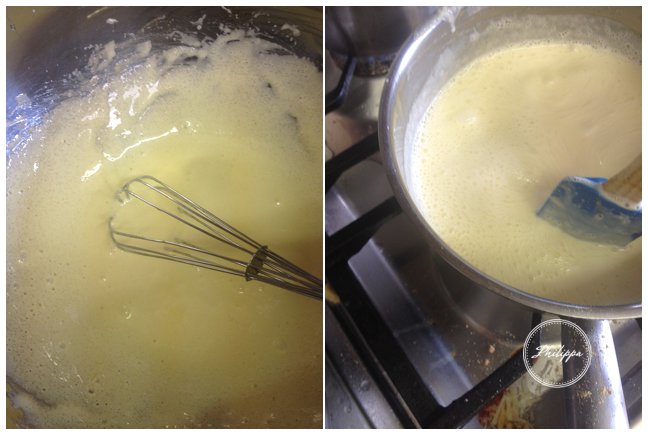 Churn the ice cream until half frozen then scoop out into a bowl.

Give it one stir then transfer into a freezer proof container and chill until frozen. 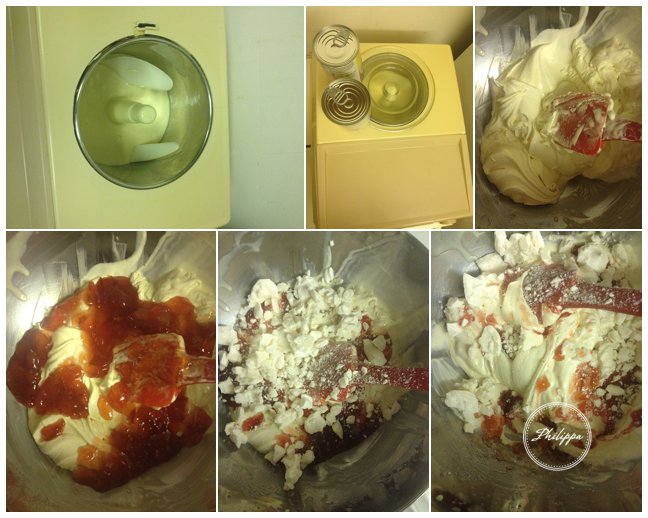 When cooking out the custard base of ice cream you must stir constantly otherwise you will get scrambled eggs.

Adding sugar and alcohol to ice creams, particularly fruit based ones will help it from not freezing rock solid

If your ice cream machine is not very powerful you may want to quickly blitz the churned ice cream in a food processor to get rid of any ice crystals that have formed.